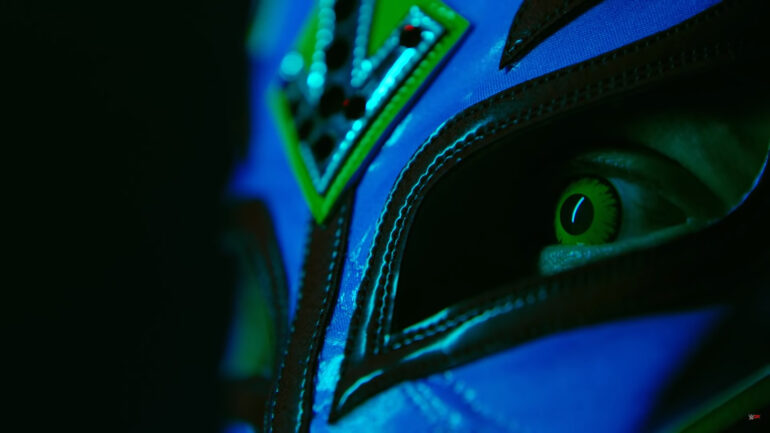 During WrestleMania 37, fans were treated to a short trailer, showcasing the first glimpses of the upcoming WWE 2K22.

Unfortunately, the trailer is just a teaser and doesn’t give you enough to know if it will be better than the recent games in the series. However, we did see some impressive visuals in the 30-second teaser trailer. If you haven’t seen it yet, you can check it out below:

The WWE game series is usually an annual occurrence. However, due to WWE 2K20 being almost unplayable, WWE 2K21 was scrapped. Instead, they released the exaggerated arcade fighting game, WWE 2K Battlegrounds. “It Hits Different” is the tagline plastered at the end of the video. Hopefully, this game does indeed “hit different” and is nothing like WWE 2K20.

The trailer is short, and it can be hard to see analyse it in great detail. Rey Mysterio and Cesaro are featured in the trailer, with Mysterio appearing to be the cover star. Although, this has yet to be confirmed.

The graphics look impressive even though the trailer states it is just an early build of the game. We don’t know what platforms the game will release on, but it’s sure to be released for the latest PS5 and Xbox Series X/S consoles.

There is no confirmed release date, and all we know is that it is “coming soon”. Hopefully, WWE 2K22 is the revival of what was once a great series and nothing like its predecessor.