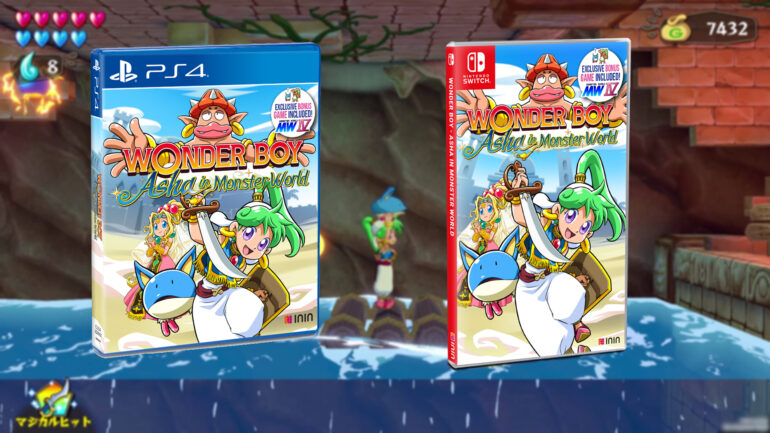 ININ Games and STUDIOARTDINK have unveiled a brand new trailer and details on the physical and digital editions for their upcoming game Wonder Boy: Asha In Monster World.

Wonder Boy: Asha In Monster World is a remake of Monster World IV that launched way back in 1994! It features all the bells and whistles that we’ve come to expect from contemporary remakes. It has beautiful 3D cell-shaded graphics, all new character models, and refined gameplay to bring the title into the modern age.

Thanks to support from fans such as yourselves, ININ Games and STUDIOARTDINK have released a brand-new trailer for the upcoming game that centres around the co-operative gameplay between Asha and her best bud Pepelogoo! As you can see above, the new trailer shows off how Pepelogoo can assist Asha with the complex puzzles she’ll encounter on her journey. Fireballs raining down on you? Just use Pepelogoo as a shield. A giant lava spout blocking your way? Toss Pepelogoo onto it and watch as he shrinks it down to nothing. Drowning? Give Pepelogoo a whistle and he’ll come and save you. He’ll quite literally do anything for you. I think we could all do with a Pepelogoo in our lives.

ININ Games and STUDIOARTDINK have also revealed information about both the physical and digital editions of Wonder Boy: Asha In Monster Land.

This is where it gets exciting! There will be three versions of the physical edition, each one better than the last! Check out below what’s included in each one:

Will you be joining Asha and the adorable Pepelogoo on their journey in the upcoming Wonder Boy: Asha In Monster World? Let us know down in the comments below!