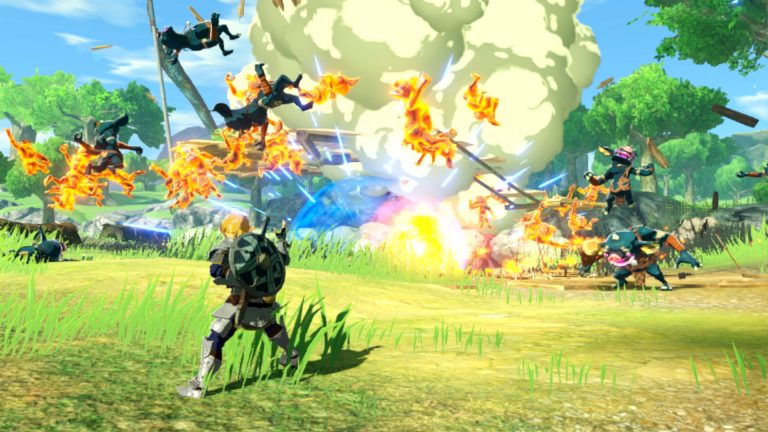 As the holidays rapidly approach, I have not given them a whole lot of thought. Even during regular years, I am hard to shop for, much to the annoyance of my family (and to my embarrassment). A lifetime of being told to try not to be selfish makes me averse to asking for Christmas gifts in the first place. And in terms of video games (which are not the be-all and end-all of Christmas gifts by any stretch of the imagination), usually, when I see one I’m super excited about, I go out and grab it for myself anyway, unless it’s specifically getting close to a holiday.

That being said, there are certainly some games I wouldn’t mind seeing show up under the Christmas Tree this holiday season. A couple of them are the new hotness that has come out in the past year. Others are ones I wasn’t quite excited enough to pick up at full price, or wasn’t sure if I wanted to grab myself. And some are ones that I just never got around to picking up. In any case, in no particular order, here are some of the things I’d like for the Nintendo Switch this Christmas.

Yoshi’s Crafted World is one of those releases I initially felt ambivalent towards. I’ve heard it described as easy, and a game designed for small children. With the cutesy, papercraft aesthetic, I was definitely a little leery of it being worth the money. But I have heard various Youtubers and reviewers describe it as a fantastic platforming experience. And in the chaos of 2020, I’ve discovered that I find 2D platformers to be very relaxing.

When the world gets to be a little much, I can pop in one of these games, and just shut off my brain for a little bit. In the past year, I’ve also rediscovered my love for Yoshi as a character. So I definitely wouldn’t mind Santa sending me a little dinosaur egg of goodness. And it’s going to be on sale at several American retailers (such as Walmart and Gamestop), ranging from $30-$40.

The Legend of Zelda: Link’s Awakening is one of my favorite entries in the Zelda franchise. It was actually one of those games that I replayed once a year for a long time. So it may surprise you to know that I actually haven’t gotten the remake yet.

I felt like the remake didn’t really add enough to be worth paying full console game prices for what is essentially a Game Boy game with a new coat of paint. But the game is going on sale for the holidays (again, from around $30-$40) depending on where you look. Perhaps a holiday vacation to Koholint Island may be in the cards.

A lot of my early Youtube watching involved Super Mario World ROM hacks and fangames. When the original Super Mario Maker first came out, I was excited by the prospect, and then disappointed in the fact that it only lets you make individual levels. When the second game first came out, I was still disappointed by that fact. But since it has been updated, and now essentially allows you to make an entire eight world Mario game, I’m back on board for this game.

While Nintendo’s online infrastructure does leave a little to be desired, I am definitely willing to try my hand at creating my own little Mario game and seeing what other fun things other players create. And with the game going on sale for the holidays, perhaps I will be like Jack Skellington this year and wind up making Christmas.

Initially, I missed out on the Pikmin Franchise when it was first coming out. But playing the demo for Pikmin 3 Deluxe has been thoroughly enjoyable, and I definitely want to play more of the game. It’s cute, it’s quirky, it involves a lot of exploration and puzzle-solving, and I loved it. I definitely wouldn’t mind Santa’s elves being a little more plantlike and colorful for my own little Christmas celebration.

Paper Mario: The Origami King is an odd case. I love Paper Mario as a franchise, but the past couple of games have been mixed bags. I’ve heard good things about Origami King, but I’ve also heard that the combat system is very much a “love it or hate it” thing. And I’ve been trying to avoid seeing any information on the game if I do get it, so as not to spoil myself. It’s one of those things I’ve been chasing my tail over since before the game was released, so it may be time for the Christmas Spirit to put me out of my misery and just get me the game.

Chances are, even if it isn’t the perfect Paper Mario game, I will enjoy and appreciate it for what it is. And hey, I do like puzzles, so maybe the combat system will be a glorious case of “you got chocolate in my peanut butter.” Maybe, among my Christmas Decorations will be some fun papercrafts.

I feel like my Christmas gaming list wouldn’t be quite complete without what seems to be the big thing Nintendo is pushing this season. While I wouldn’t describe it as being at the top of my wish list, there was a certain amount of satisfaction in mowing down bokoblin after bokoblin in the demo.

I haven’t played the original Hyrule Warriors, so perhaps some more Zelda side stories are in store for me. Maybe, to go with my elf hat this year, I will need to grab myself a sword.

No, Seriously Why Don’t I have these Yet?

No, seriously, I still haven’t gotten this game. Since I’d been having trouble getting through Breath of the Wild, I was worried that another giant, open-world game would cause more problems for my mental health. But since playing Super Mario 3D All-Stars, I’ve rebuilt confidence in myself when it comes to my ability to handle big Mario games. It turns out I find them quite relaxing. Perhaps this year I will hitch up my sleigh, and go on a big adventure with everyone’s favorite plumber.

The night before I was writing this article, I actually played the original Super Mario Kart for the first time in about twenty years. I had genuinely forgotten how much fun the game is. And it is actually one of the few Switch games my dad has ever played, so it would potentially be something that we could enjoy together. Kart Racers are simple fun, and I genuinely do enjoy them, especially with friends and family. And, after all, what are the holidays for if not family fun?

This is certainly not an exhaustive list of all the games available out there. Even among first-party Nintendo IPs, I’m sure there are things I’m forgetting. And who knows? With how Nintendo has been marketing this year, they could drop something I’ve super excited about the minute this article is published. And I have no doubt in my siblings’ abilities to find a random game I’ve never heard of to surprise me with.

Nevertheless, these are just a smattering of the fun offerings Nintendo has on the Holiday Banquet Table this year. What are some of the things you’re excited about? Please, let us know in the comments!