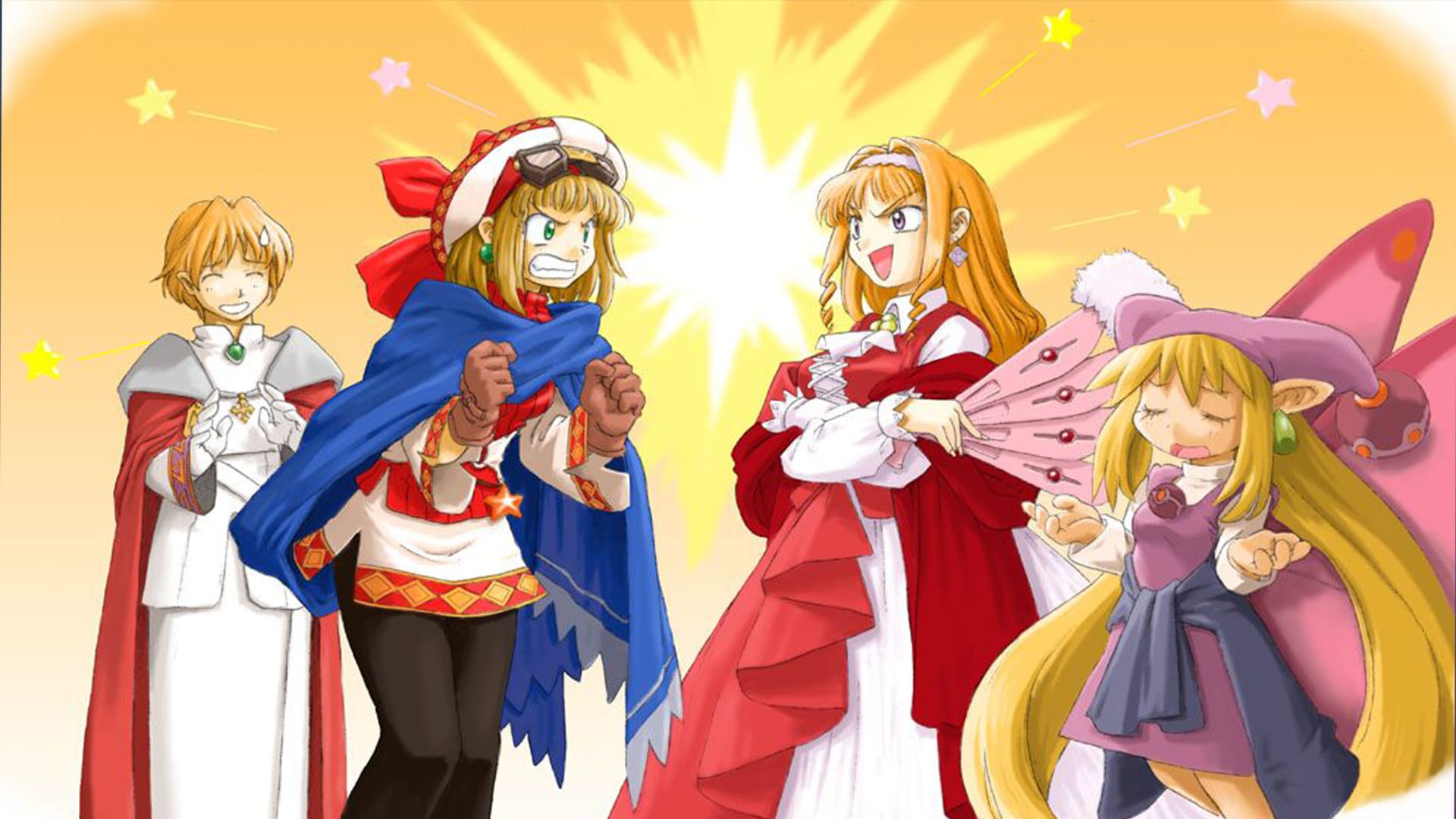 Musings on Rhapsody: A Musical Adventure

“I remember this Song, I’ve known it for so Long…”

One thing that can make or break a game in any aspect has to be the music. It can shape the very emotions of a scene, be it jovial & upbeat, heart racing & action packed within a battle, somber & heartbreaking when things get dark, even tell a story as you join your playable character in their adventures.

Some can be via orchestra, some techno, or even actual songs that are timeless to sing like the end credits of both Portal games or the openings to the Kingdom Hearts franchise. Every gamer recognizes the opening to Mario or Bloody Tears from Castlevania, can quote One Winged Angel from Final Fantasy 7 be it for enjoyment or mockery, & even burst into Mordin’s take on Major General in the Mass Effect series…and probably cry afterwards given the significance to the plot later on, but I digress. There are iconic soundtracks every gamer can pin to, be it for nostalgia or simple enjoyment.

However one particular subset of gaming soundtrack I discovered long ago back in 1998 was one that is almost in a genre all itself & to this day I’ve yet to see replicated. At least not widely, especially within the western hemisphere.

Rhapsody: A Musical Adventure, developed by Nippon Ichi Software for the Playstation 1 & later ported to the Nintendo DS, on its surface appears like a standard tactical JRPG. I would equate it to baby’s first RPG as the combat in itself is very simple & the game isn’t hard to play through. Without going through all the side quests of your individual party members or attempting to channel your inner Pokemon & catch all the various monsters you can recruit, I’d say Rhapsody can be finished in one or two sittings.

This game is unique in its twist on both classical fantasy & fairy tale tropes as well as the music. This game is very much one that would appeal more to younger girls & as my boyfriend pointed out to me when I Let’s Played it on my YouTube channel, “would inspire more girls to get into video games” if there were more like it to reach a wider popularity.

The basic plot for one is a subversion of the damsel in distress trope as you play a young trumpet player & puppeteer named Cornet on a quest to save Ferdinand, the prince of the Kingdom of Marl where she lives, as he had been stolen away by a witch & her lackeys during a grand celebration. By herself Cornet is seemingly not that remarkable of a character at the start of the game. She’s brash, immature, is more eager to wait for a prince to come to her rescue & carry her away to a better life, often has to be goaded into taking more responsibility for her actions & her happiness with the aid of her mysterious fairy puppet friend Kururu.

As the story progresses & as she travels further from her home, aiding her companions on their personal quests, you do see her blossom more into her own character. You notice she feels regret for mistakes she’s made or even questions if she’s on this quest for the right reasons. By the end of the game, you’re really rooting for her to achieve her goal & get the guy after all her trials & tribulations.

The real thing this Rhapsody has become known for & likely why it has achieved such a cult following is due to the way it handles the music. Which given the title of the game, you’d expect it to be. This game is in fact a musical. What do I mean by that? Well it’s in a very literal sense. There are actual musical numbers in the game.

At certain points in the story, the characters will break into song like that of a Broadway show or Disney film. They can range from conveying a character’s emotions or desires, a villain’s devious plot, or even as a moment of encouragement in a heated conflict. Sometimes the characters are aware of what’s going on, other times it’s to amplify a memory, even points of complete comedy like when surrounded by singing & dancing frogs. And they are all fully voiced, even come on a separate soundtrack along with the Playstation disc.

I spent a lot of time as a kid popping that disc into my CD player & singing along to the songs. Hell, the villain song I used for a singing audition some time ago & I got the part for it. The ending credits always choke me up with the message of thank you Cornet sings after her adventure ends & Let’s Go On, the engulfing theme present through the entire game, I have memorized to death to the point of randomly singing it to myself during rough times to help give me the strength to move forward.

Each song has a part to play in the story, even the ones I personally am not fond of. No offense to Mountain Man, but your lyrics are boring & repetitive. You serve a purpose, but you’re still my least favorite track.

There are a few that aren’t in Rhapsody for some reason & only available on the soundtrack like one related to the pirates we come across in the game. Also for the Playstation version one of the songs is a little buggy in that it doesn’t play all the way through in the cutscene, but I can easily subvert it into the story since it’s taking place in a very crucial part of the plot. (I am purposely not saying which for spoiler’s sake)

But to this day I’ve yet to see a game go to the levels Rhapsody did where the game is a literal musical with full blown songs interwoven through the narrative. The only ones I can think of are in fact the sequels of this game that sadly at the time of this article’s publication have been Japan exclusive with no sign of them being translated & imported nor is there any noted fan translations in the works. Which is a damn shame because I have heard really positive things out of the rest of the Marl Kingdom series & would love to hear where the story of Cornet & her family went after the events of Rhapsody.

The game as far as I can tell has a strong cult following, but initially the game never caught on heavily enough in the west along with a poorly done DS port that left Nippon Ichi to keep the series to being slightly mentioned in other games like La Pucelle Tactics & Disgaea.

I would definitely say if you can, track down this old classic or even watch a “Let’s Play” of it. Rhapsody is a big steeple of my childhood, probably the very first RPG I ever completed, & it holds a lot of value for me & many others. Maybe someday the magical tale of Cornet & her puppet friends will stretch farther beyond their one western release, but for now I will happily hum from the soundtrack dreaming of the day the opera scene in Final fantasy 6 was more than just a one off thing & maybe more musical inspired games like this childhood classic of mine.