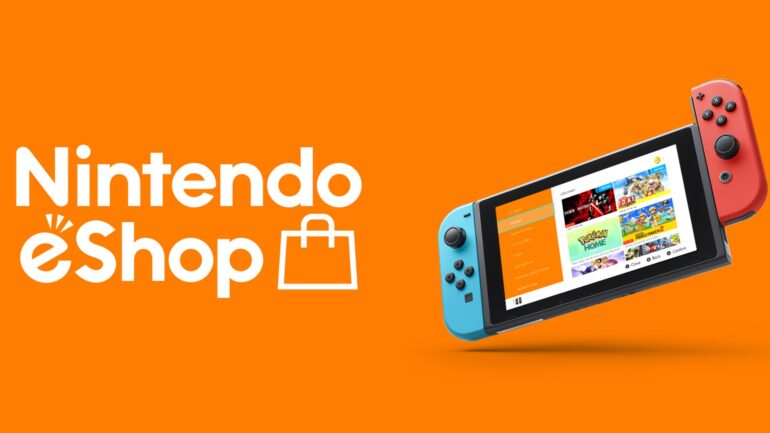 Nintendo Needs To Grow Up And Fix The eShop

I’ve been on a bit of a Nintendo crusade as of late. In the past, I’ve discussed their lack of originality, their scummy marketing tactics, and most recently, their problematic penchant for remaking old games. I thought perhaps my heavily opinionated critiques of the publishing titan would bring me some semblance of satisfaction, or at the very least offer me a glimpse into why I’ve fallen out of sorts with the Nintendo Switch. What was once my go-to console has quickly become a dusty centrepiece with which I rest precariously wobbly photographs against. But recently, after a rather arduous session of perusing the Nintendo eShop, I realised that perhaps the degradation of whimsy and nuance came not from their overpriced remakes and lack of originality but their inability to curate a coherent and efficient electronic store.

A Needle In A Haystack

The Nintendo eShop is a mess. It’s a parasitic leech that devours new games the moment they’re released, pulling them further and further into the depths where all good Nintendo Switch games go to die. Dramatism aside, the Nintendo eShop is a catastrophic combination of inefficient filters and a lacklustre featured page. There was genuinely a time in which I could scroll from the very beginning of recent releases all the way down to the very first game launched on Nintendo’s digital platform. Nowadays, only a madman would attempt such a feat, as the Nintendo eShop now has 8806 pieces of downloadable software.

Too Many Cooks Spoil The Broth

It is impossible to find a title on the eShop without knowing exactly what it is you’re looking for. Sometimes, a game will appear in the Charts, the Discover tab or the top of the Recent Releases tab, but it doesn’t always work out that way. Do you want to find a good RPG to entertain you over lockdown? Then look through the annuls of the eShops’s genre tab and the selected 861 RPG games. Perhaps you want an action game to get stuck into? Try the 2412 games Nintendo has lined up in its Action genre. Sure, you can narrow the search by filtering price ranges or by games with demos, but no matter how much you filter it (using the basic filters made available to you), there will always be an arduous amount of titles to go through.

To make matters worse, those lists of games will only ever get longer. In 2018, senior executive officer at Nintendo, Susumu Tanaka, claimed he wanted “20 to 30 indie games on [the] Nintendo Switch per week”, which is readily apparent if you happen to go through the recent releases tab each day.

In the past 7 days in the UK, 35 new games have been released onto the Nintendo eShop alone, taking into account the Easter weekend and bank holidays. It is getting to a point where regardless of how often you check the store, you’ll likely miss a new title simply because five others have launched alongside it, burying it deeper into the Recent Releases tab.

Frankly, this wouldn’t be an issue if even half of the games releasing onto the platform were even remotely good. Unfortunately, the majority of titles releasing onto the eShop are overpriced asset flips, or at the very least just terrible mobile phone titles ported over to make a quick buck.

One such title is the recent Golf Royale, the game that made me want to write this article in the first place. Golf Royale may seem unassuming at first, a game that “will please youngs and olders” in which you must “make Hole In One”. It’s cheap, and mostly inoffensive aside from its hideous art style. Of course, that is until you realise the titular character “Rox” is Nick Wilde from Zootopia. In fact, the “redesign” is so unconvincing, that I barely needed to do a double-take.

Golf Royale is supposedly developed and published by Pix Arts, an infamous developer with 22 titles on the Nintendo Switch already. But it is possible you know Golf Royale by a different name: Golf Extreme. Published way back in March of 2020, this version (which is the same version as Golf Royale) is developed by S’Games, a developer known for such classic titles as Lovers ‘ Smiles. Or perhaps you’ve played the entirely free Golf Royale supposedly developed by WebGameApp? Funnily enough, I couldn’t find it on their website, so perhaps they’ve ditched this embarrassment of a video game. However you know it, this fox-based golfing title has been floating around the internet for quite some time.

Golf Royale is only the precipice of the asset-flip iceberg that suckles on the teat of the unfiltered eShop. Pix Arts are one of many asset flip publishers that reside on the platform. They have produced titles such as Grand Prix Racing, Gorilla Big Adventure, Zombie Apocalypse, and most recently, Fly The Bird. The YouTuber, Star or Shovelware, has covered several Pix Arts games and the topic of terrible asset flips appearing on the eShop on multiple occasions. It’s safe to say that these asset flip games aren’t going unnoticed by the community. So how on earth is Nintendo letting them slip by?

How It Is Hurting Other Developers

We know that Nintendo does, in fact, reject certain titles from launching on the Nintendo Switch; it is not as if they don’t have a review process to evaluate certain games. So it is baffling that a company such as Pix Arts can get 22 games onto the platform without nary a blink. Once again, this wouldn’t necessarily be an issue if it weren’t for the Nintendo eShop’s appalling design. The constant releasing of asset flips or poorly ported mobile games onto the Nintendo Switch means that genuinely good titles continue to get buried deeper and deeper. It’s not just hurting the consumer but also the creators trying to earn a living by producing games for the platform.

The Discover Tab Is Awful

In an interview with MCV, co-founder of the development studio Inkle, Joseph Humfrey, and founder of the publishing studio No More Robots, Mike Rose, spoke about the state of the Nintendo eShop and its negative effects on the sales of their games. Their main complaint was that there was simply too few pages to have your game featured on, which “massively limits the breadth of potential discovery”.

Nintendo only features games in two areas: the Discover tab and the News app. Beyond that, unless your game makes it into the charts or has just released, there’s no way of getting your game into the spotlight. Right now, Nintendo has 30 games featured in the Discover tab. Of those 30, 20 are either Nintendo owned titles or incredibly popular ones. Here’s everything currently featured:

Why Nintendo feel the need to feature Fortnite and Minecraft in their Discover tab is beyond me. But because of games like Golf Royale plaguing the Recent Releases and the lack of recognition of indie games within the Discover tab, it is all-too-often the case that good games get lost. If Nintendo opted to feature indie games or games with lower sales, then the Discover tab would make more sense. But as of right now, it’s essentially a further marketing tactic for titles that are already in the public eye to grow even more.

The other way of getting recognition is by getting your game into the Charts. In that same MCV interview, Mike Rose discussed how certain companies are “gaming the system” by offering their titles at ridiculously low prices, just so that they’d hit the charts.

It is far from uncommon for companies to reduce their games to obscenely low prices just to get a boost in the charts. On the 1st of November, 2019, a game named Preventative Strike went on sale for just 2 cents. Thirteen games currently in the charts have discounts of 70% or higher. Dex, which sits at 8th on the Download Exclusives charts, is selling for just £1.79 (90% off from £17.99). Cooking Simulator was 90% off until March 31st. Now, the game sits 11th on the All Games section of the Charts, and 3rd on the Download Exclusives section.

The Death Of The Nintendo eShop

It’s genuinely upsetting to see, as I fear many people miss out on some genuinely great titles if they don’t have the foreknowledge of their release beforehand. While the rather late addition of filters was greatly appreciated, Nintendo has generally done very little to update the Nintendo Switch eShop’s central features since its launch in 2017. The eShop isn’t the only Switch feature that Nintendo has neglected. There are still no folders available on the homepage or any real way of organising your games outside of playtime or alphabetically. It makes the system feel outdated and behind on the times. Even PlayStation has a “For You” section on its digital storefront.

While I sincerely hope that Nintendo does eventually fix the eShop, I, unfortunately, can’t imagine it ever happening. It would be too big an overhaul for them to rectify, and Nintendo’s clear lack of interest in the Switch’s general features pretty much guarantees that they will never address these issues. I haven’t even begun to mention that Nintendo doesn’t offer refunds for games and has only recently implemented refunds for pre-orders.

I think it is fair to say that the eShop is a mess, one that will remain so for the remainder of its lifetime. Ironically, in that MCV interview from last year, Mike Rose correctly identifies how the Switch’s eShop would look like a year from then. It’s distressing, to say the least, but an apt reminder that things haven’t changed, and they never will.

“The way it’s going now, I reckon in around a year’s time, the eShop is going to look like the App Store – tons of cheap-looking titles that were clearly thrown together in the space of a few months, all selling at a dollar each. And everyone trying to make an honest living on Switch, won’t be able to anymore. I can’t imagine how else it’s going to go.”