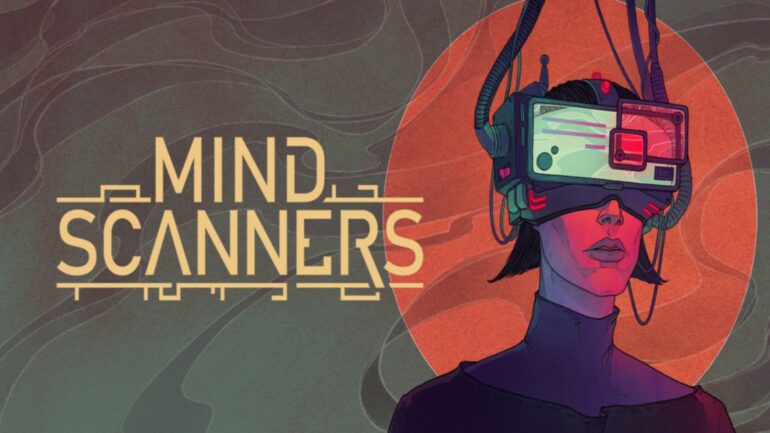 As the oscillations of synth-wave washed over the glowing red-tinted crunchy pixels, I knew I was in for something good. Although its obtuse mechanics and strict deadlines can lead to moments of frustration, the unrelenting weirdness of Mind Scanners’ take on dystopian bureaucracy is a thrilling trip that anyone with a love for Orwellian nightmares has to try.

Taking cues from other bureaucratic simulators, Mind Scanners introduces a bizarre world of mind-altering psychiatrists, known as Mind Scanners. After a mysterious meteor turned energy source, dubbed Zygnoka, decimated the surface and mutated life on the planet, The Constructor took control of the meteor and built an authoritarian megalopolis around it.

“This simple premise, though nothing new, works to establish the opening threads of tension in Mind Scanners.”

Due to increasing rates of resistance and insanity, The Structure assigned you to the mind scanners program to silence dissidents and reprogram potential threats to society through a set of wonderfully strange and unusual devices. They also have your daughter hostage for unknown research purposes. The Structure’s governing bodies promise they will let you reunite if you reach Level 3 Citizenship.

Alternatively, the resistance group, Moonrise, seeks to use your new position to help take down the Structure and liberate your daughter entirely. This simple premise, though nothing new, works to establish the opening threads of tension in Mind Scanners. It adds weight behind each decision you make in short branching narrative sections and even how you approach your job.

“Mind Scanners includes a generous save state system that allows you to replay any day infinitely.”

Fittingly just about every action in Mind Scanners is on the clock. Whether it is travelling to the patient of your choice, researching new machines, treating your patient, or playing out a story event, everything takes time. Each day you are charged seven kapoks for ‘maintenance’. You get more by treating a patient, diagnosing one as sane, or through small story events.

But most money is earned through treating a patient, with a reward of a whopping 15 kapoks. Each successful treatment also gives you science points, which are a resource to create new machines, which cost time, and sometimes kapoks to make.

If you can treat patients quickly, you can sometimes double your money by treating two more in a day, by thinking strategically about location, and even by declaring a patient sane for a quick but small payout. I rarely managed this due to how long treating a single patient can take, especially in the late game.

Mind Scanners also includes a generous save state system that allows you to replay any day infinitely. While it takes some pressure off daily performance, this feature occasionally had me save scumming to finish treating a patient or just live another day, sucking the fun out of my experience.

“With every successful minigame, the patient loses personality.”

Alleviating this is discovering the diverse group weirdos that make up Zygnoka and responding to their various eccentricities. While some of them are actually dangerous, like a blood-thirsty journalist attacking her sources, others are incredibly cute and benign, like a factory worker who thinks he is best friends with a tiny little man.

Patients are also randomised, and most likely, you won’t even be able to treat all the patients you come across in a single playthrough. This adds a ton of replayability on top of the multiple endings and the Moonrise versus the Structure paths.

Opposed to fact-finding and matching systems in the subgenre, Mind Scanners offers a suite of tools that bend patients to your will. These work like a series of obtuse arcade minigames. They include a word search you scan through to eliminate harmful thoughts, a matching game where you find and input the number of the corresponding pattern or a simple nob you turn on the patient’s throat to form a single tone.

But with every successful minigame, the patient loses personality. Lose too much, and they turn into a vegetable, which The Structure is fine with, but can make Moonrise turn on you. Get it wrong and fail a game, and it stresses the patient. If you max out that meter and you can sometimes no longer treat the patient. But these attributes can both be reversed with other specialized machines and pills, which are also minigames.

“I loved how strange yet familiar the games were, but at the same time, they were often poorly explained.”

Different machines eliminate different insanity traits which are assigned after you decide to declare the patient insane. A simple one size fits all machine is used to treat all traits. But it is slow and risky to use. Machines that treat specific traits can remove up to 3 (4 with one machine) of the same insanity trait if you line up three in a row for a combo.

Unfortunately, it doesn’t go much beyond that. This leads to multiple occasions (late game) where patients with 20 or more traits took several days to complete, as I balanced restoring personality and stress levels while trying to take out more traits.

Completing these minigames makes up the majority of the game, and it’s also the most divisive for me. On one hand, I loved how strange yet familiar the games were, recontextualized as bizarre machines, but at the same time, they were often poorly explained and in some cases too finicky to get to work reliably.

“Once I understood the mechanics of the minigames and got a feel for diagnosing patients, I played for hours.“

Like the throatierizer where you turn a nob slowly to create a tone. This minigame failed to give off proper visual or audio signals of how fast to turn the nob, and occasionally I failed despite moving at a snail’s pace.

The fact that many minigames were not easy to immediately understand how they worked leads to many mistakes given the timed setting of treatment. A practice area to understand a new machine would be a game-changer for new players, but for now, it appears the developers, The Outer Zone, are adding different difficulty modes instead.

But once I understood the mechanics of the minigames and got a feel for diagnosing patients, I played for hours. I got lost in Zygnoka and immersed in the characters populating the city. I excitedly waited for Moonrise’s next fax or looked forward to building a new machine.

Mind Scanners offers a well-thought-out retro-future aesthetic in its sonic and visual design and engaging systems and a lot of replayability to stretch out its 6 to 7-hour playtime. Mind Scanners is currently available for $16.99 on Steam. 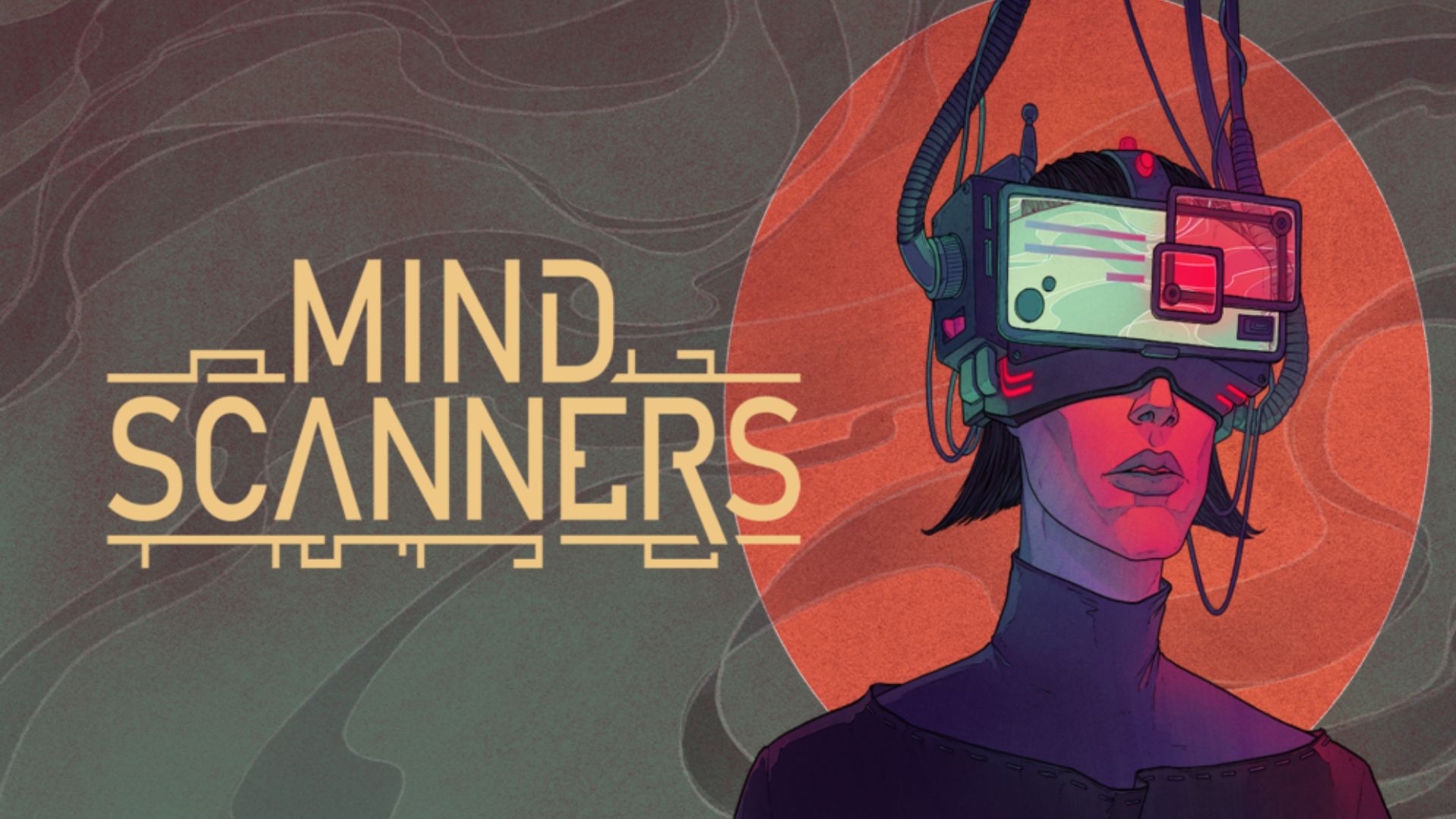 Mind Scanners Review
Summary
With tons of replayability, intriguing lore and characters, and satisfying risk versus reward systems, Mind Scanners is an easy recommendation for anyone looking for a unique simulator with an excellent retro-futuristic look. Unfortunately, the game is hindered by poorly explained minigames and systems. However, once you get the hang of it, Mind Scanners is an experience that will keep you coming back to play just one more day.
Pros
Great Retro-Future Aesthetic
Engaging Story Scenarios and Charcters
Fun Interweaving Systems, and Interesting Mini-games
Cons
Minigames poorly explained
Treating Patients Takes Too Long
Save System Plays it too Safe
8