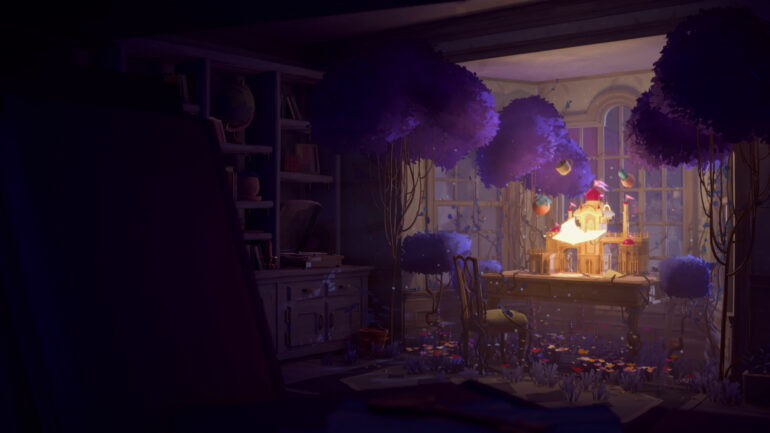 After just one look at the trailer for Maquette, I was immediately fascinated. The gameplay mechanics drew me in, with a puzzling concept so unique it seemed like it was the second coming of Portal. While Maquette has a truly unparalleled premise, the story plays it safe, lacks depth and leaves a lot to be desired.

Maquette boasts an absolutely stunning world, drawing imagery from fantastical Disney castles. It tells the story of an individual reliving memories of a past relationship through text written on the walls and occasional moving art, supported by conversation voiced by Bryce Dallas Howard and Seth Gabel.

“Maquette’s big hook is a recursive world with infinite versions of itself as your playground.”

Maquette’s narrative is a little cliche, but that’s what it is meant to be. At first, it feels a little forced, trying to sell how connected the two characters are. Eventually, it transforms into a wonderful story perfectly representing how awkward and uncomfortable breakups can be. The ending feels a little abrupt and doesn’t end on a definitive note. But alas, life goes on.

Maquette’s big hook is a recursive world with infinite versions of itself as your playground. Similar to that of a popular anime, Paprika, or a more well-known Hollywood film, Inception. The player must solve puzzles by using the different sizes of each world with each other. Things you do in the smaller world might help for navigating in the bigger world. While the puzzle concept sounds promising, I feel like Maquette doesn’t push the boundaries of its own design.

Each level uses unique puzzle mechanics to progress through the story. However, the puzzles are completely disconnected from the story. There are occasional references, but for the most part, you’re completing puzzles for the sake of it. The puzzles require some “out of the box” thinking, which you might not be ready for late at night. Luckily, there weren’t any times where I cursed at the screen in frustration, unlike some other games I have played.

“Maquette’s puzzles also became quite clunky towards the end of the game.”

The cutscenes are stunning and the best part of Maquette. The way the art sprawls across the screen as the characters voices are drawn to life is amazing. I wish the game leant more heavily in this direction, changing the game into a visual novel rather than a puzzle game. My engagement was high whenever a cutscene ensued, even to the point where I would ignore my significant other. Unfortunately, I also found that if you are holding an item during a cut scene, it will cover the screen, impairing your vision of the wonderful art unfolding in front of you.

In the prologue, I experienced frame drops every time text appeared. It almost felt as if the game pauses for a split second as the text appears on the screen. This went on to happen frequently throughout the entirety of my playthrough. Maquette’s puzzles also became quite clunky towards the end of the game. I can definitely think of one sequence where I had no idea how I managed to get past.

Maquette is priced at just under AU$30 on Steam, and for the month of March, it is free on PS Plus for those fortunate enough to have a PS5. The game is only 3-4 hours long, so it could be the perfect solution to a rainy day. I highly recommend picking Maquette up to experience its charming world and engaging puzzle mechanics (even if I didn’t think they fully utilised them). 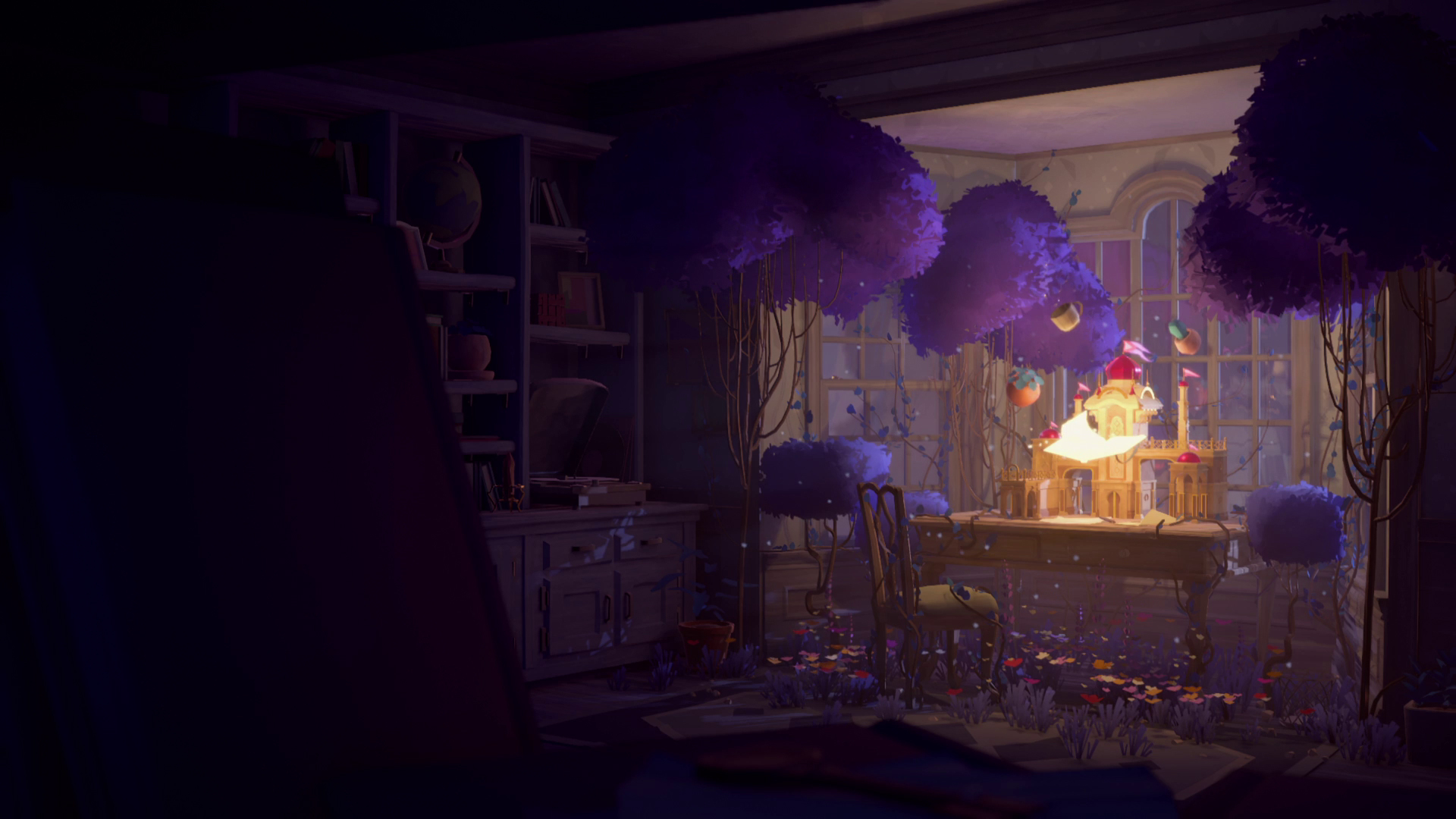 Maquette Review
Summary
Maquette is a beautiful, artistic puzzle game waiting to tell a story. The concept is good, but the implementation leaves a lot to be desired. At times, it can have glitches and feel a little clunky, but if you can overlook that, you might find Maquette's story is just what you need.
Pros
Beautiful Cutscenes
Stunning World
Realistic Narrative
Cons
Short and Abrupt
Bugs and Glitches
Lack of Mechanical Depth
7