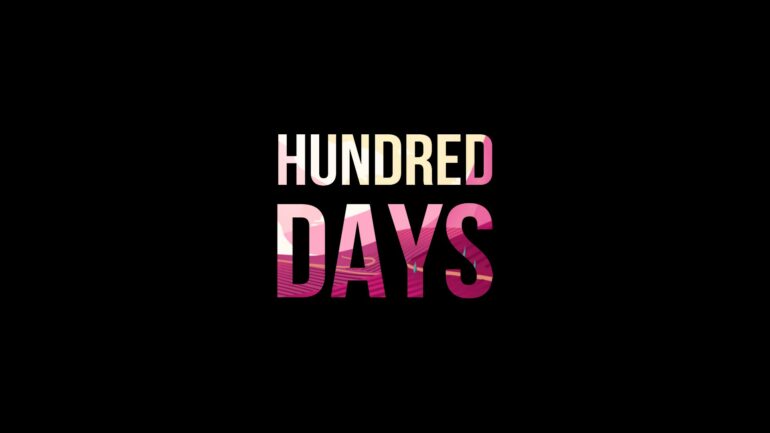 I often feel that a prerequisite to becoming a games journalist is being good at video games. I’m sure any journalist worth their salt would say the same. Unfortunately, I find myself in a bit of a predicament. While I am more than capable of picking up a controller and repeatedly hitting the X button, I’m a little below average when it comes to skill. However, I’m a firm believer that people like me, those of inadequate skill, should still be considered in a review. If a game is predominantly for a hardcore audience, I’d like to know before putting down some hard-earned dollarydoos. Hundred Days is incredibly fun and addictive but, at times, a little complex. Put the time in, however, and you’ll be rewarded.

“There are the occasional tutorials scattered throughout, especially toward the beginning, but they barely prepare you for what is to come.”

Hundred Days opens up innocuously enough. You’re thrust into the throngs of a dejected office, the sounds of phones ringing in the distance, keyboards clacketing, and faint murmurs of miserable employees permeating throughout. Before long, you open a letter instructing that you’ve been given a vineyard Stardew Valley style. You promptly find yourself living the high life.

Well, I say highlife, but in reality, it involves a lot of spreadsheets, not really knowing what you’re doing and a cast of characters that range from endearingly enchanting to infuriatingly irritating. Hundred Days is a turn-based tycoon game at its core. It is full of the trademark statistics to keep track of, menus to shift through and stylised visuals that have taken the genre by storm as of late.

Hundred Days thrusts the player into its systems and mechanics harder than its central character is thrust into the world of winemaking. There are the occasional tutorials scattered throughout, but they barely prepare you for what is to come.

In my experience, once the first wave of characters had established the basics, Hundred Days left me to my own devices. But for the life of me, I couldn’t figure out what exactly I was supposed to do. For some reason, despite it later being blatantly obvious, I struggled to figure out where the technology tree was. This is used to unlock new variants of wine for you to make and upgrade your various facilities scattered around. But even once I had found it, I couldn’t figure out how to utilise the various technologies I had unlocked.

“While I admit some of the responsibility lies with me as the player to figure some stuff out, I also feel the game should help me figure out at least the basics.”

For example, I unlocked Chardonnay and the Cleaning Room. But no matter how hard I tried, I couldn’t discern how to plant the requisite grapes to make Chardonnay. It would only ever give me the basic grape you start with. As for the Cleaning Room, well, I was under the assumption that it would assist with cleaning the various tools used in winemaking. But after purchasing it and installing it, I still had to clean the various machines manually, with no difference made to the process.

There were further things that confused me, such as the rate at which new grapes to plant would appear, or how exactly I’m supposed to increase the body of my wine. It’s all well and good berating me for having a low body, but if you don’t tell me how I could improve on it, I’ll be doomed to repeat my mistakes.

Whenever I did manage to make a bottle of wine, I just sold it to whoever asked. But was I supposed to? Were some offers better than others? Is there a strategy to it? I honestly couldn’t tell you. Maybe I missed a tutorial or an index somewhere; I’m not sure. But while I admit some of the responsibility lies with me as the player to figure it out, I also feel the game should help me work out the basics.

“I am addicted to Hundred Days.”

However, regardless of how overly complex Hundred Days got, I kept wanting to play. Perhaps it was the “one more turn” mentality or my desire to properly understand the game’s mechanics. Nevertheless, I couldn’t tear myself away. I played endlessly, watching as my winery crumbled to pieces, my debt growing larger, and my wines getting worse and worse. It was disheartening and demoralising, but it was beautiful.

I remember the first time I played Rollercoaster Tycoon 2. I sucked. Tom Town, my brilliant theme park, made an absolute fortune when I first started. Unfortunately, it inexplicably tanked after the second year. All of my hard work and determination felt wasted initially as I watched my beautiful park crumble. I didn’t know what I had done wrong, having jumped into the game without any real tycoon experience. However, once Tom Town was finally over, I dived straight back in and made Tom Town 2. My point is that these kinds of games, especially for the uninitiated like myself, take time to get used to.

There is bound to be a learning curve. It takes failing once or twice to truly get to grips with games like Hundred Days. And while it isn’t always evident what it is you did wrong, there is a charm in trying again and again. Normally, this isn’t my style, but there is something about all the spreadsheets, figures and statistics that really make me want to figure it all out.

Although I started this review off a little negatively, Hundred Days is a genuinely brilliant tycoon game. It is a little complex, but that’s sort of the point of tycoon games. Do I wish it was a little more hand-holdy at the beginning? Absolutely. But does it deter me from delving more into its wonderful systems? No, not at all.

For those looking for something a bit more casual, this probably isn’t for you. But for those experienced in tycoon games, or at least those looking for a challenge, then I highly recommend Hundred Days. It is a visually stunning tycoon with a lot of personality, charm and innovations, and is exceptionally fun to play. Now it’s time to open that bottle of La Mission Haut Brion 2015. Who am I kidding, I’ll probably just chug a cheap Pinot Grigio. Sorry, wine aficionados. 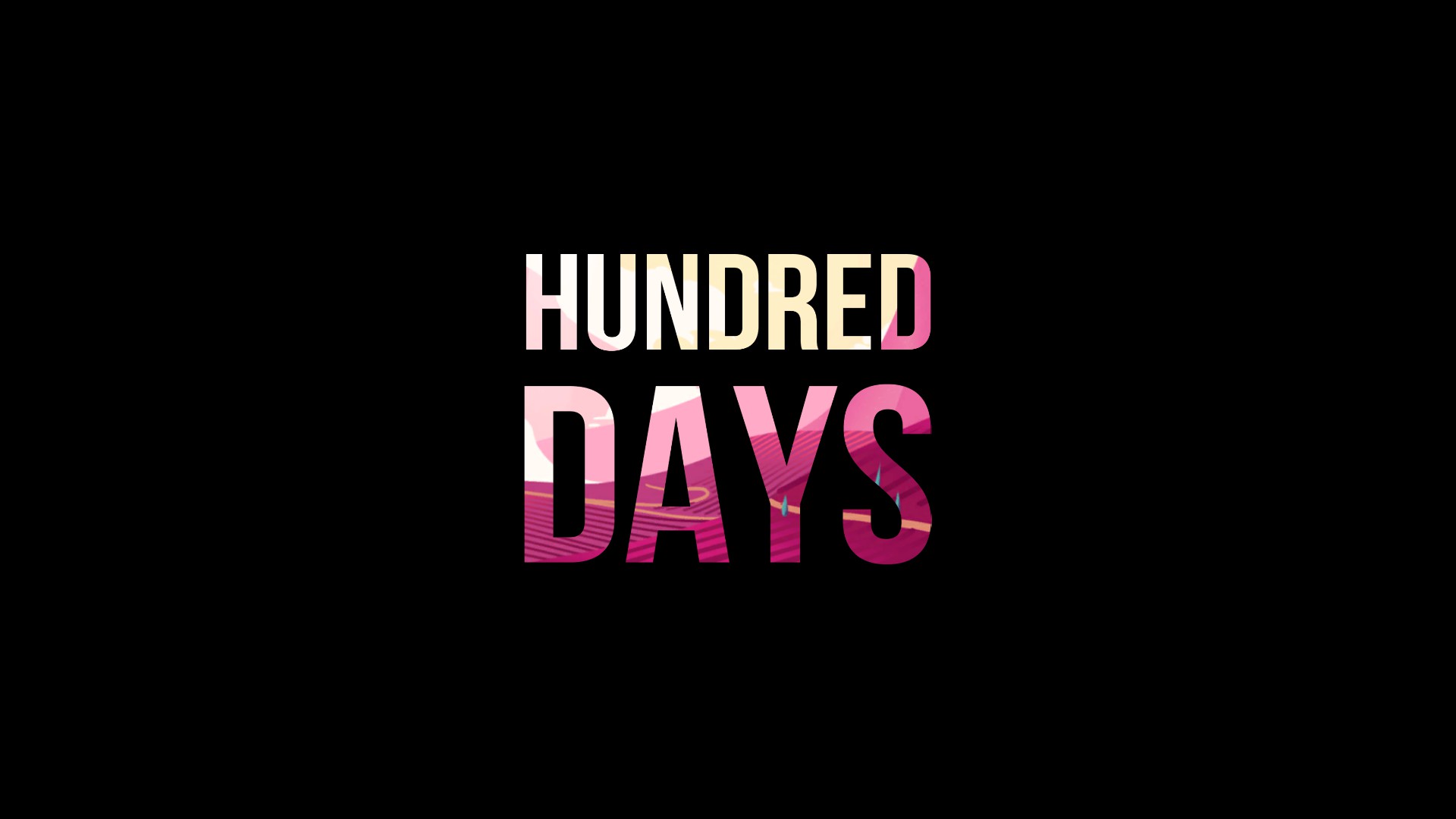 Hundred Days
Summary
Hundred Days is an excellent tycoon game that requires a lot of your time. If you're willing to put in the time and effort, you'll be rewarded with a beautiful, in-depth winemaking simulator that is heaps of fun. For those looking for something a little more casual, it's probably best to look elsewhere. However, for tycoon fanatics and those looking for a challenge, Hundred Days is an easy recommendation.
Pros
Gorgeous visuals
In-depth gameplay
One more turn mentality
Cons
Lack of tutorials
Not for casual players
7.5