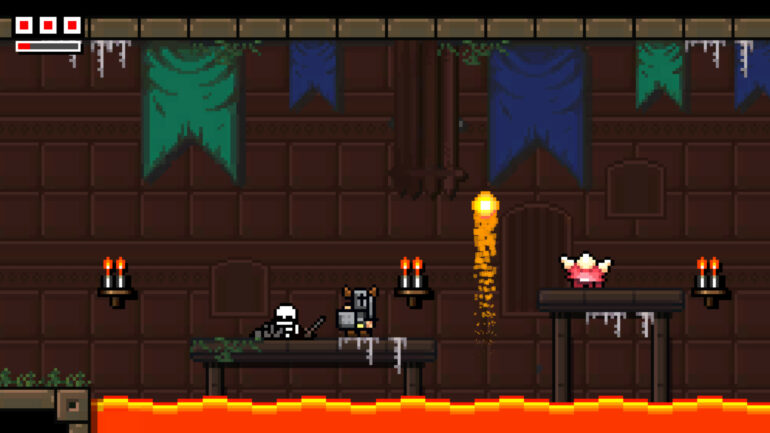 Horned Knight Launches On All Platforms This Week!

2Awesome Studio have announced that their precision-based platformer, Horned Knight, will be launching on the PlayStation 4, Xbox One, Steam and the Nintendo Switch this week.

Horned Knight is a platformer all about calculating every step! It harkens back to the golden-age of platforming, offering a responsive and incredibly fun experience for both new and old players to the genre. You’ll encounter all sorts of nasties on your travels such as the fireball wielding skeleton! Wait, there’s more! Overcome deadly traps with intense platforming, defeat giant bosses and uncover secrets! It’s all very exciting stuff.

What Is Horned Knight?

As previously mentioned, Horned Knight is all about the platforming. 2Awesome Studio have developed a title that is both accessible and incredibly responsive. It requires a lot from the player as you dash and slash your way through each level. You’ll have to be careful though, as once your heart pieces deplete, you’ll be sent straight back to the last checkpoint to run the gauntlet once more! Here’s what you can expect in Horned Knight:

If you’re a PlayStation player, then you’re in luck as Horned Knight is out on PlayStation right now! It will release on Xbox tomorrow, and on the Nintendo Switch and Steam on Friday. Below are the exact launch dates for each platform: