During the UK’s first lockdown, I was relatively naïve. I just assumed it would pass, and that we’d all be laughing about this whole pandemic thing a few weeks down the line. That I’d be able to see my girlfriend again. But it didn’t end, not for a really really long time. And I didn’t see her for a really really really long time. Half Past Fate: Romantic Distancing attempts to capture the trials and tribulations of being in a relationship during a lockdown, and does so with enough charm and good writing that I was almost able to overlook its brief runtime.

“The writing and the characters were so engaging and endearing, that the narrative completely engrossed me.”

Half Past Fate: Romantic Distancing is about Stephen and Robin. They’re a newly-formed couple of star-crossed lovers who agree to go out after a chance encounter at an electronics store. Unfortunately, an unnamed pandemic foils Their plans, and the lockdown commences. Thanks to the power of technology, Stephen and Robin can connect with one another and continue their relationship despite being miles apart. But will it last? Only time and some basic choice-making will tell!

Half Past Fate: Romantic Distancing is a visual novel, although not entirely in the traditional sense. You can explore outstandingly gorgeous pixel-art environments and interact with various objects within each location. There’s not much to do outside of this. The majority of the game is made up of conversations between Robin and Stephen. There’s even a part of the game that is just a montage in which we see the evolution of their relationship over the course of several weeks. I didn’t have an issue with the lack of gameplay, as the writing and the characters were so engaging and endearing, that I was completely engrossed by the narrative as a whole. It also helps that the game is visually stunning and has an incredible soundtrack.

“It’s not that I didn’t enjoy the ending, I just think the journey taken to get there is a little rushed.”

Unfortunately, Half Past Fate: Romantic Distancing is incredibly short. It only lasted me around 30-40 minutes. I’ve found this to be a problem with many dating-sim visual novels, such as the almost excellent Coffee Talk. This inevitably leads to the rushed development of the central protagonists’ relationship. Except, I firmly believe that the writing is compelling enough at creating believable and likable characters. It does, however, impact the overall narrative, which ultimately feels rushed.

Whenever conflict arises between the two characters, it feels forced and unexpected. Because no time was spent developing any real conflict between Robin and Stephen, it often feels like it comes out of the left field. When the ending rolls around, you’re offered one of two choices, but they feel rudimentary and ultimately anti-climatic. It’s not that I didn’t enjoy the conclusion, I just think the journey taken to get there is a little rushed. 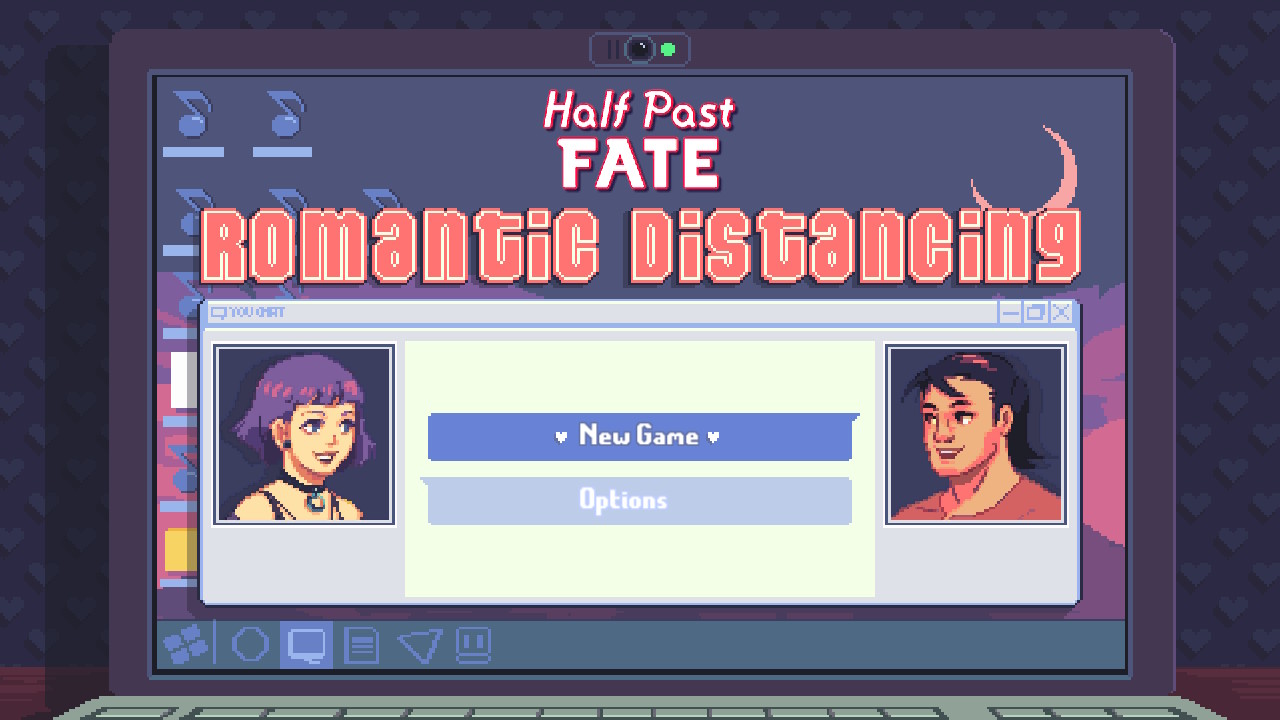