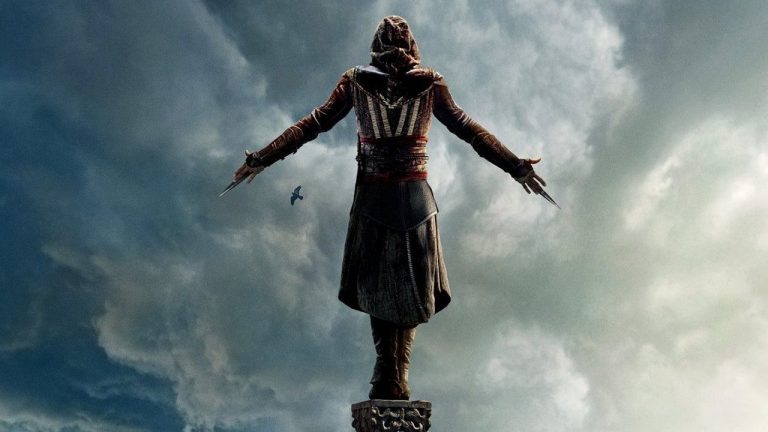 Everything Wrong with the Assassin’s Creed Movie

The Assassin’s Creed series is the gift that keeps on giving and taking. On the back of our in-depth analysis’ of the video game series, it felt only right to continue towards the dumpster-fire that is the 2016 movie adaption of Assassin’s Creed.

This movie has some positive things going for it, a beloved franchise at it’s back, Michael Fassbender, Jeremy Irons, a cast of other good actors and actresses, three writers, and $125 million funding it. So how could it go wrong?

The problems begin immediately. Michael Fassbender plays Callum “Cal” Lynch in the present and Aguilar in the past. These characters are entirely unrelated to the games. Was Altair busy that day? Shay would have been a better choice, and you know how we feel about Rogue.

There is no emotional through-line for the audience. Those who have played the games want something to latch on to, something familiar. Instead, we get a terrible plot with a weak structure.

Cal is forced into the animus because Aguilar is his ancestor and crucial for the plot. Cal lives minimal amounts of Aguilar’s life as he tries to find a child. They see the child several times and seem always to lose him to continue the storyline. The child is a prince and leads the Templars to an apple of Eden. Everything in between feels inconsequential and cliched.

The Animus in the film is ridiculous. You are strapped into a big claw around the waist, and it simulates parts of the environment Aguilar is interacting with. They even have an Animus 2.0 in the back of the room, which the assassins used based on the original animus, which ended up being a VR headset.

Later in the film, Cal starts having some serious health issues and comes close to dying several times. With the amount of twisting and turning he would be going through, it makes sense for him to have severe motion sickness.

The bleeding effect happens when someone spends too long in the Animus. It didn’t affect Desmond until he’d lived the life of Altair and a large section of Ezio’s life. In the movie, Cal has a bleeding effect after a single trip in the animus. It seems rushed and inattentive. It didn’t need to happen that quickly, and there are various ways of skipping time, which would have resulted in something that made a lot more sense.

The assassins hang around like it’s a prison. Abstergo doesn’t play like that. Captured assassin’s either get experimented on, killed, or both, not kept like cattle.

Everything is super dusty. All the Animus and action scenes are full of dust effects, not real ones but VFX dust plumes. It just looks dirty and hazy. The writing is mediocre, and because of it, it seems like Michael Fassbender, and Jeremy Irons can’t act! Ultimately, the Assassin’s Creed movie is bad, the sequel got canceled, and it was a mercy killing on Disney’s part.