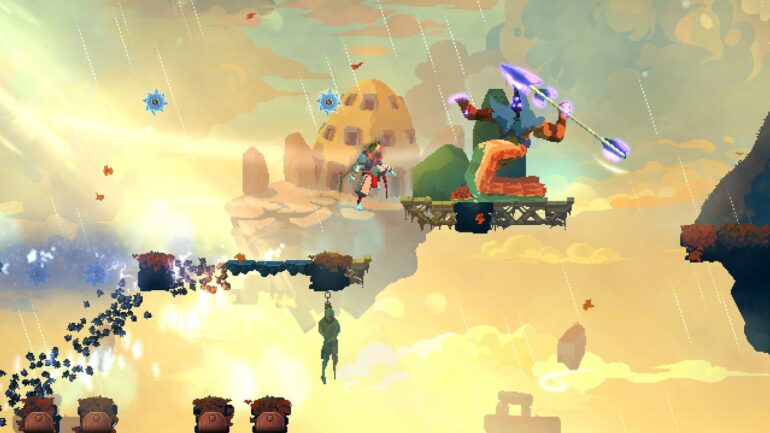 Since its release in May 2017, Dead Cells has carved out a corner of the gaming market that no other game has managed to achieve. The game has seen continuous developer updates and DLC support, which has not changed with the latest, Fatal Falls DLC. The Metroidvania roguelike is still a testament to beautiful game design.

As with the Rise of the Giant and Bad Seed expansions, the Fatal Falls expansion does a lot in adding to the game while making it a natural and almost necessary addition to the overall experience. By adding two mid-level biomes and a new boss to the game, Motion Twin has yet again added new optional paths in your run. Make no mistake. These new biomes will test your abilities.

“A Breath of Fresh Air”

The two new biomes are a breath of fresh air in an already challenging game. The first of them, Fractured Shrines, is a very platform heavy area. You literally have your head in the clouds as you dodge enemies old and new, as well as the traps along the way.

When you move in Undying Shores, it’s a similar sort of mechanic. But instead of platforming through the clouds, you abseil down a mountain with a mad scientist aesthetic. The main enemy here is the Apostate, a necromancer who revives fallen foes until you kill it.

“I would honestly say it’s one of the best pieces of DLC I have encountered in years.”

To hammer home the fact this is nothing like the Dead Cells you’ve played in the past, Fatal Falls features a new boss, The Scarecrow. This is a mid-level boss similar to the new areas, but it should be not be underestimated. It’s still a very challenging enemy that keeps you on your toes, attacking in unexpected ways.

Fatal Falls is not the most expensive piece of content ever made for a game, nor does it try to be. It does an excellent job of adding an expansion to extend replayability while also being well balanced and not breaking the game.

My only real complaint is that I feel the added content should have been placed further down the line in the level design. This would make it more difficult and make it feel rewarding when you reach it. Placing it after the Clock Tower as you lead into High Peak Castle would be an ideal spot. However, it still works beautifully as a mid-game challenge area and adds a good chunk of the lore if you’re willing to explore. I would honestly say it’s one of the best pieces of DLC I have encountered in years. 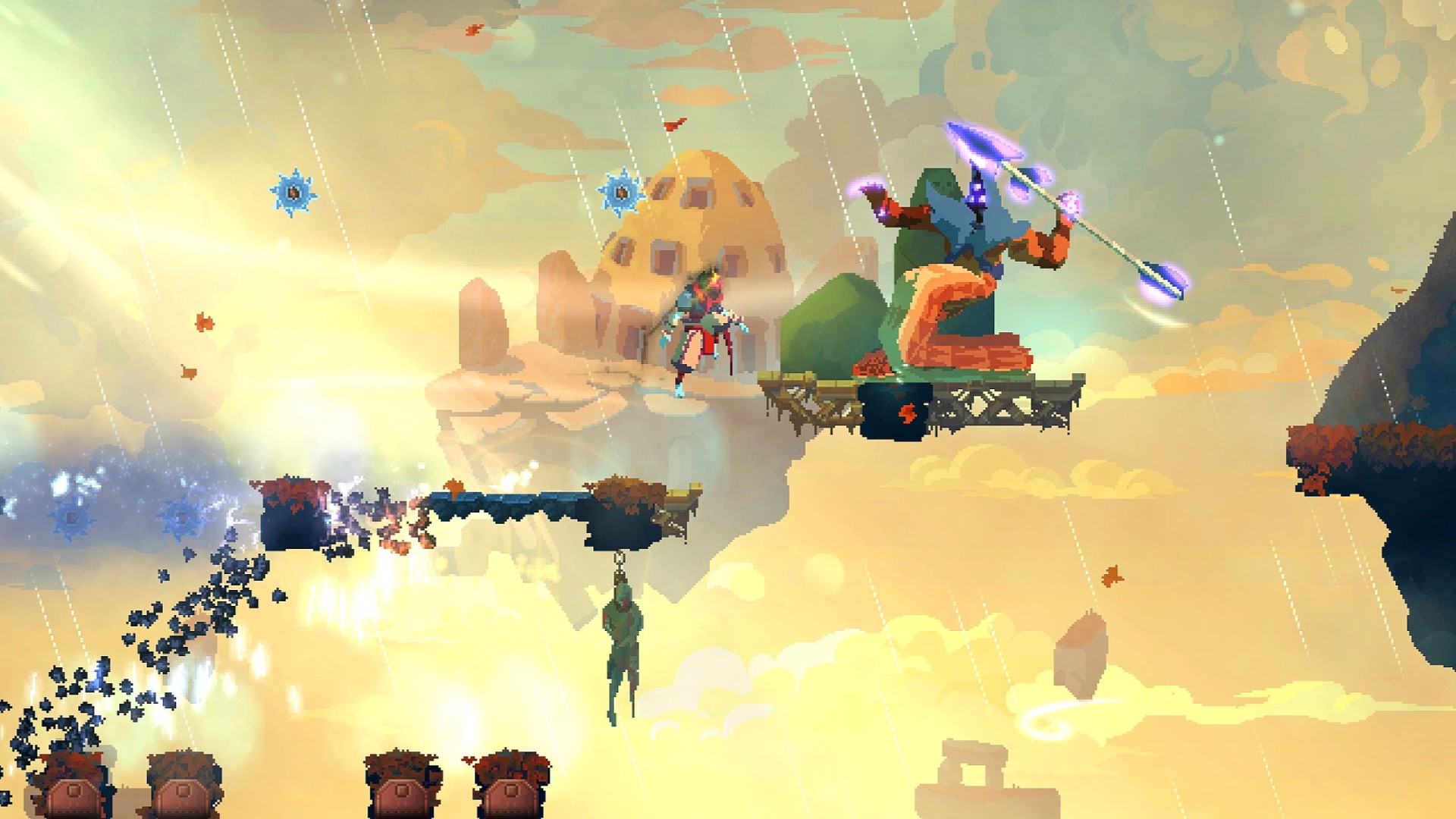 Dead Cells: Fatal Falls DLC Review
Summary
The Dead Cells: Fatal Falls DLC adds a lot to the game, extending the game's replayability further. The two new biomes are unique, and while they aren't positioned very far in the level, they still manage to serve a purpose as a mid-level challenge.
Pros
Extended Replayability
Low Price
Different Feel to New Content
Cons
No Challenge to Unlock
9