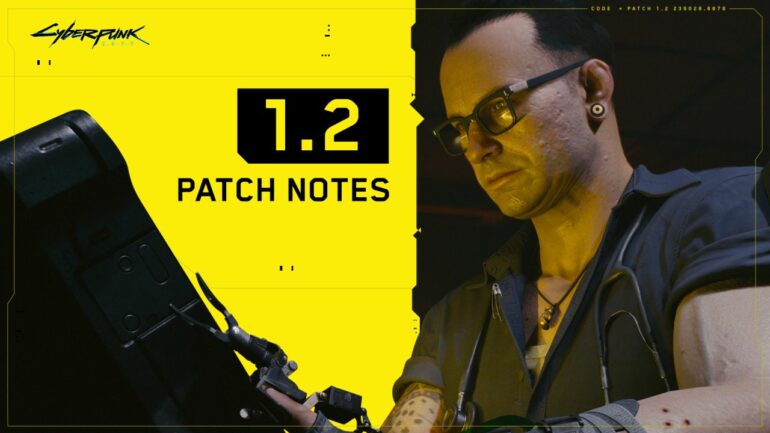 The long-awaited and arguably desperately needed Patch 1.2 has finally arrived for the much-maligned Cyberpunk 2077 and promises a huge amount of fixes.

It’s hard to argue that Cyberpunk 2077 didn’t launch in a bit of a state. In fact, it launched in such a bad state that Sony removed it from PlayStation digital stores. Shortly after launch, CD Projekt Red promised two major patches. The first was Patch 1.1, which was, well rather underwhelming to say the least. It introduced a game-breaking bug that needed its own patch to fix. It didn’t help that it did little to rectify some of the bigger issues with the last-gen versions. Well, Patch 1.2 has finally come to resolve that. However, what we all want to know is, what does it add, and how does it fare?

CD Projekt Red had previously teased some details about the patch prior to releasing the full patch notes. They announced that they would make changes to the way the police function, as well as alterations to car handling. These teases were certainly brief and offered barely a glimpse into what the full patch would offer. In fact, it is so much that I daren’t even put it all in this article. You can read the full patch notes here. However, you best set aside a good half-an-hour to scroll through them all.

Unfortunately, while the patch does seem to offer a large number of fixes, some people aren’t too pleased with the final results. PushSquare wrote about the patch in a hands-on article, and claimed that the alterations to the police system “is improved, but only just.” They also said that the pop-in is still very much immersion breaking. Will this be enough to get the game back on PlayStation stores. It might well be, but it is hard to tell. It is evident that Cyberpunk 2077 has a long way to go before it’s what was initially promised, especially on the last-gen consoles. But for now, this 44gb update may be enough for some.