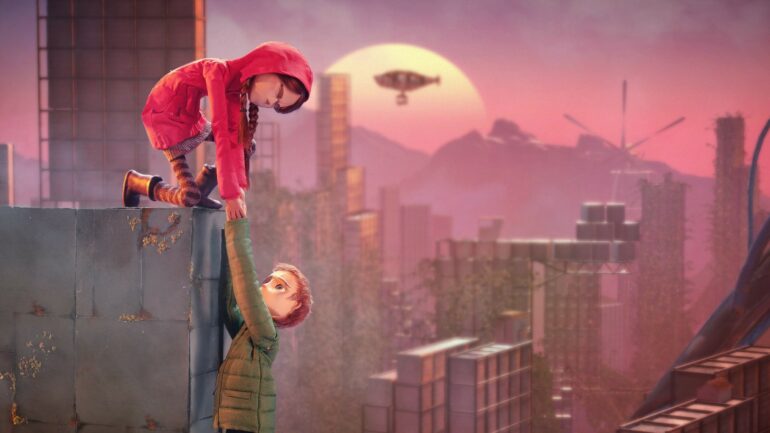 Vokabulantis, the stop-motion love story game by Kong Orange, Wired Fly and Morten Søndergaard, has reached its Kickstarter goal a week before it was set to finish.

Esben Kjær Ravn, a game developer and studio owner of Kong Orange, states that he “is still shaking and so is everyone else in the studio.” and compared their excitement to “climbing a mountain for a month and then unexpectedly reaching the summit and the view is way beyond what you imagined.”

Vokabulantis launched on March 17, 2021. Since then, it has received over 1500 backers and €70,000 (AU$110,000). With one week left, the studio will be hoping to reach the various crowd-funded stretch goals. Hitting these goals will have a significant impact on the game. The next goal is €125,000 and will add local co-op to the game. This is followed by the ability to possess giant objects and stop-motion environment creatures.

Going on Kickstarter with no prior experience and just putting our baby out there for anyone to adopt is a wild rush. We’ve been totally overwhelmed by a reception full of love, and the support we are experiencing right now is much more impactful than we thought. All these people joined us on this climb and now they are here with us; I’m totally grateful.”

In Vokabulantis, you play as the main protagonists, Karla and Kurt who are stuck at the intersection trying to hold hands for the first time. When they try to speak to fix the awkward situation, their mouths fall off and they are thrown into Vokabulantis.

This sets a tale of epic proportion into motion as they travel through the City of Noun, The Word Power Crystal mines of Afasia and over the sea of the giant Verb Karbs and much more.

Vokabulantis still has a week left on their Kickstarter campaign, so you still have time if you want to pledge and receive the game when it releases.