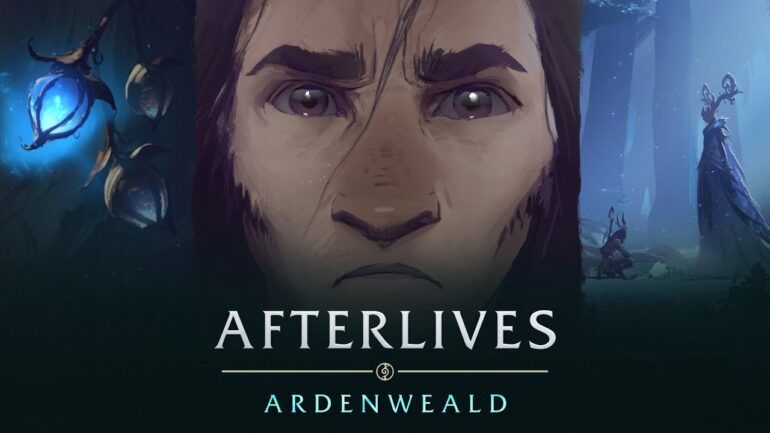 Ardenweald is the next instalment in the WoW Afterlives series, and today we will take a look at what they have in store for us. The article will contain spoilers, so make sure you watch it first.

At the beginning of the episode, we are shown the events leading to the death of Ursoc in Legion. From here, his spirit arrives in Ardenweald and fades into an egg-like object at the grove. The grove keeper, Ara’lon, feeds the spirits some fruit before swearing his oath to protect the grove to his Queen.

Time is fast-forwarded, and now the grove is in a drought. Ara’lon is now struggling to feed the spirits as all the fruit is withering. Matters turn from bad to worse, when scavengers are trying to reclaim spirits from the grove. This sends Ara’lon into a rage, and he retaliates with violence. They inform him they are not his enemy, but Ara’lon yells out, “Anyone who threatens my grove is my enemy”.

The Queen returns, leaving Ara’lon with a lot of questions. She confirms scavengers are also her followers. From here, the Queen shows him a vision of what is to come, and we see an amazing visual of the tree falling apart.

For the final scene, she explains this is the future of the grove. The Queen asks Ara’lon if he will spare one soul in the grove to save Ardenweald, and she will respect his choice. Ara’lon accepts this finally and apologises to his friend as he consumes his soul for the Queen.

This episode fell short for me. I’ve mentioned it before, but starting with Uther was a tough act to follow. The rest, unfortunately, are lacklustre in comparison. Visuals throughout the episode are beautiful, as was expected with the concept of Ardenweald. The flow was a bit disjointed compared to the others. The transition between Ara’lon introducing himself, then skipping straight to the drought felt rushed. Ara’lon asking for answers from his Queen and questioning why her scavengers were in his grove was tear-jerking. The ending excelled in capturing emotion which was the episode’s saving grace.

What did you guys think? Keep the conversation going down below and we will catch ya next week!