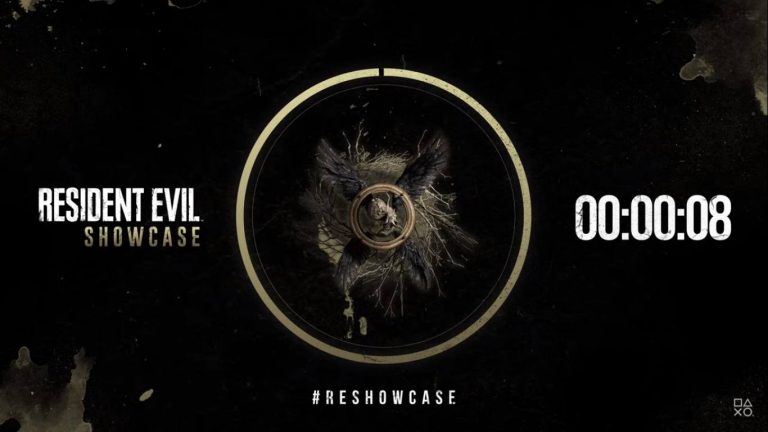 All the Information about Capcom’s Resident Evil Showcase

The Resident Evil showcase took place today where we saw a new RE Village gameplay trailer, new gameplay demonstration, and some other Resident Evil news heading our way in 2021.

A one-hour countdown timer ticked away until the start of the showcase, and when it ended, we were treated to a sinister intro package of creepy locales and monsters from RE Village. The showcase kicked off with our host, Brittany Brombacher, who introduced us to the world premiere of the new RE Village gameplay trailer.

The trailer contained atmospheric panning shots of the village and a gigantic castle in the mountains covered in snow. We then move into the interior, moving through lavishly decorated corridors and grand halls until we are in a luxurious bedroom with the vampire lady we saw from the teaser.

She is taking a telephone call from someone named “Mother Miranda”. This suggests we haven’t even seen the big bad in charge yet, which is a terrifying notion. We are then transported to Ethan Winters (the same protagonist from RE7) walking around the dungeons. Robed shambling horrors attack him before a montage of different robed vampire women start attacking him in different parts of the castle. The trailer ends with a man who looks like he is straight out of an anime, challenges Ethan. And just as he rushes us, the trailer ends.

The trailer confirmed that Resident Evil Village would be available for the PS4 alongside the PS5. It will release on May 7, 2021, with pre-order available now. All PS4 versions have a free upgrade to PS5, so you don’t have to pay for the game twice.

A Deluxe Edition and Collector’s Edition are also available. These feature with great little collectible bits like a SteelBook case and a Chris Redfield statuette. All pre-orders from the Playstation Store come with the official soundtrack of the game too.

During the presentation, we got our first look at gameplay for Resident Evil Village.

Ethan moves slowly through the same places we see in the trailer, and the gameplay looks as smooth as butter. The lighting and textures are excellent, and the attention to detail is superb. Colours pop and shadows move naturally with the in-game light sources. We see Ethan get captured by some vampire ladies and brought to the tall woman in a short cutscene.

One of the vampires transforms into a swarm of insects capable of causing real damage as they stalk you through the narrow corridors of the castle. She taunts Ethan, talking about pinning him down, slicing his jugular and feasting on his blood. Before she actually does it. So now we know one of the many lovely ways we can die in this game. Chilling.

A new “block” mechanic has been introduced, so you can now take reduced damage from enemies, and you can also kick at them to knock them back. It is a bit of a game-changer for the series as you now have a little more defensive capability. The red barrels from the RE3 Remake have returned, so you can use them if the enemy numbers become overwhelming. We see some of the wolfmen in action from earlier teasers and a gigantic hammer-wielding boss that accompanies them. It looks like even Resident Evil is taking cues from Dark Souls now.

The inventory system from RE4 is back (briefcase and all), and we have a new version of the merchant in the form of a gigantic, fat, slovenly eccentric man. He seems to know who you are and can be found at various points and situations in the game to sell you weapons, ammo and upgrades. Like the earlier games, you can use your knife to break objects to find items, and it seems there will be a lot of jump scares in this instalment.

The Demo is available on PS5 right now, and a demo for the PS4 will be available sometime in spring. This demo follows a character called The Maiden, and much like the RE7 demo will be just about familiarising you with the controls and not contain any story.

Other Resident Evil News for 2021

Tsuyoshi Kanda (one of the game’s producers) spoke about what we else can expect in 2021 from Resident Evil. The 25th anniversary of the franchise falls on March 22nd 2021, and to celebrate we saw the world premiere of gameplay from RE: VERSE.

This game mode features heroes and villains from Resident Evil battling each other with their signature weapons in what seems to be a battle royale. It is set in the Raccoon City Police Station and features a semi-cell shaded art style. It will be free to play for anyone who buys Resident Evil Village. Keep an eye on the official Resident Evil social media channels for updates.

Yannik Banchereau, Associate Creative Director at Massive Entertainment, announced that Capcom and Ubisoft have teamed up to release Resident Evil content for The Division 2 in honour of the anniversary. It contains RE themed cosmetics, and the trailer implied it was set in Raccoon City and with a HUNK boss fight. But I cannot confirm that being the case as this could be a themed trailer. It is coming to The Division 2 on Feb 2nd – 15th and cosmetics will only be available during that period.

Finally, we got an update about RE: Infinite Darkness (the Netflix CGI animated film) from Hiroyuki Kobayashi, the project’s producer. This features a story set 4 years after RE4 and is led by series regulars, Leon Kennedy and Claire Redfield, who get caught up in another zombie outbreak — coming sometime this year.

All in all, this 15-minute showcase was jam-packed with news to whet the appetites for fans of the series and get them excited for the year ahead. It certainly has me excited!