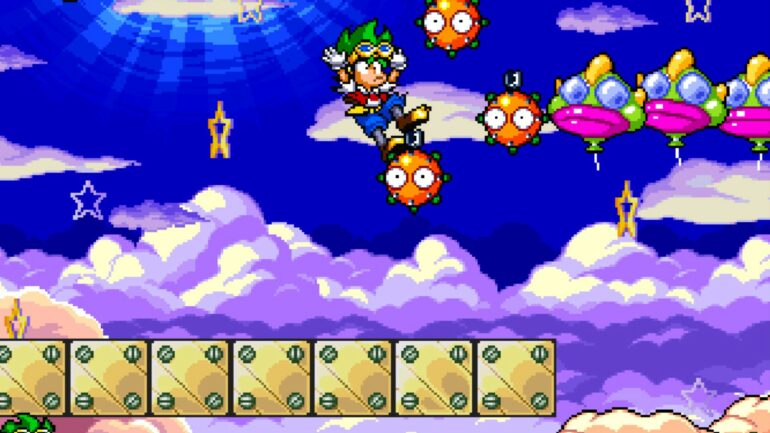 Unfinished Game from the 90s, Clockwork Aquario, Set for Release

Thought to be lost to time, Clockwork Aquario has been dug up from the time capsule and dusted off to finally be released into the world.

Releasing Q2/2021, developer ININ Games, alongside Strictly Limited Games, have just released the first teaser trailer of Clockwork Aquario since being locked in the vault for almost 30 years. ININ Games will release the game digitally on PlayStation 4 and Nintendo Switch, with Strictly Limited Games handling the physical side with a limited edition release.

Having its origins back in the ’90s, the game was the last to be developed by the legendary Westone Bit Entertainment. Unfortunately, the development was never completed. Strictly Limited Games set out to dig into gaming history and make sure they didn’t lose this game forever.

“Clockwork Aquario is a great piece of 2D art, into which the pixel artists put their hearts and souls. I would like to express my heartfelt respect and gratitude to those who have worked so hard to restore it.”

What is Clockwork Aquario?

Clockwork Aquario is a side-scrolling game focusing on a good couch co-op experience. Through its aforementioned vibrant visuals and non-stop action, you will constantly be jumping between platforms and fending off attacks. But you’ll have to stay on your toes as the action never stops.

Three limited editions for Switch and PS4 can exclusively be pre-ordered at Strictly Limited Games.