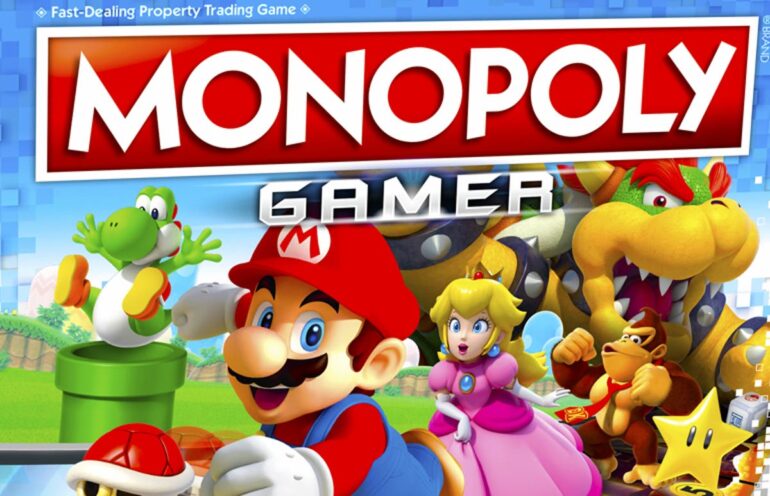 Monopoly Gamer is a Monopoly game with a Nintendo spin. Play with all your favourite Nintendo characters as you earn points by buying Properties, collecting Coins, and beating Bosses.

With each turn, players roll the standard numbered die to move along the game board as well as the Power-up Die. The power up die changes the game giving characters a special boost such as being able to collect coins from the bank, making players drop coins and even stealing coins from other players.