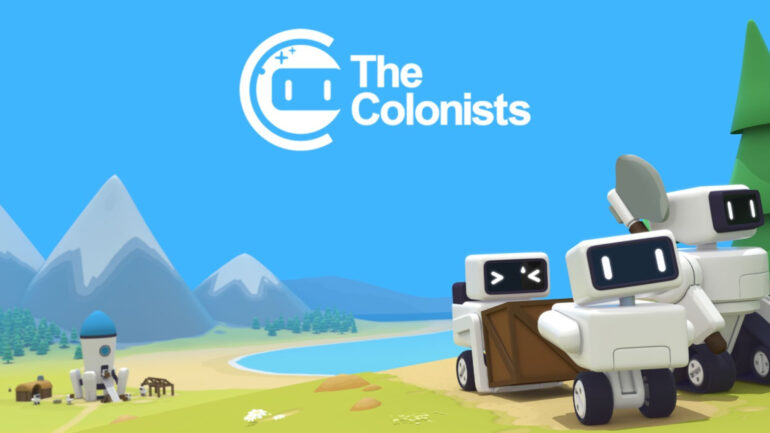 Each review I write is a labour of love, carefully crating my feelings into a hopefully cohesive piece of writing. It’s fun, but some are harder than others. The Colonists is by far the hardest game I’ve had to review. It is not because it was disappointing, nor is it hard for me to formulate my thoughts. From the very first moments of my time with it, I knew exactly what I thought. The real reason I’ve struggled to review The Colonists for so long is, simply put, I can’t stop playing it.

I’ve wanted a strategy-centric game on the Nintendo Switch for a very long time. But really, aside from some other titles I’ve heard little more than a faint whisper about, the strategy offerings on the Switch are meagre at best and pitifully poor at worst. So, when I heard that The Colonists was joining the Switch’s unbelievably messy eShop, I was overcome with glee.

However, there’s a reason strategy games are few and far between. The genre has had an eternal struggle on home consoles. Developers have unsurprisingly been unable to translate the complexity of strategic gameplay onto the greasy, barely functioning controllers we throw around our living rooms daily. I feel it was, therefore, understandable I was a little dubious about how successful The Colonists would port over to the Switch.

Fortunately, I am more than happy to report that it is as smooth as the sweet cream of a mille-feuille. Strange comparison aside, The Colonists‘ transition to the handheld is nothing short of a miracle. Everything is so succinctly streamlined that it perfectly fits the Nintendo Switch’s pick up and play mentality. The ease in which you can jump from menu to menu is phenomenal, making for extremely satisfying play sessions. Hopping into a mission never feels like a chore, and once you’re in, the simplicity of its controls make you want to stay. It never hinders your enjoyment and eases you into its complexity and depth rather snugly.

“You develop building after building, all in an attempt to keep your world functioning.”

Speaking of introducing you to the wonders of The Colonists’ gameplay, its tutorial is a thing of beauty. I remember discussing with a friend the benefits of “handholding” in video games. He was rather stubborn and believed handholding makes video games too easy. I, however, see it as quite the opposite.

If you present me with a complex game filled with wonderfully detailed mechanics but don’t first show me the ropes, I’ll leave it by the wayside. By offering a comprehensive tutorial to explain the basics, I’ll be drawn in more. Just like how a friendly face at the door of your first rave soothes your nervous mind, a tutorial can make your experience that much more enjoyable. The Colonists’ tutorial accomplishes that perfectly.

There is a genuine amount of depth to The Colonists’ gameplay. The Colonists is a city management game of sorts. In essence, you spend most of your time developing a self-sustaining civilisation of robots to survive. You start with nothing, a few basic materials and a cheerful little robot to help you on your way. From there, you develop building after building, all in an attempt to keep your world functioning.

“The Colonists is always fun to play, regardless of how complex it gets.”

The game becomes incredibly addictive due to the lengths needed to get one simple thing to function. Take, for example, the second mission of the game’s campaign. After having completed the tutorial, you’re thrust into a new world with no guidance other than the instruction to make a statue. What originally sounded like a rather simple task evolved into a three-hour affair of constructing building after building, just to get the correct resources needed.

In The Colonists, you can produce countless things, research technologies, and uncover materials, all of which are put towards the continued success of your colony. If it sounds overwhelming, it’s because it is. But I assure you, it never feels it.

That is why The Colonists stands tall among its competitors. It is also what makes it so perfect for the Nintendo Switch. The Colonists is always fun to play, regardless of how complicated it gets. Its depth, complexity and the many hoops you have to jump through make it an extremely fulfilling experience. Its charming personality, streamlined control scheme, and generous tutorial allow its base gameplay to flourish.

“Seeing your countless robots hard at work, picking up your materials from one point, delivering them to the next before repeating is so unbelievably soothing.”

One issue I’ve always had with these kinds of games is not knowing where you went wrong. There are often times in The Colonists where I will run out of a certain material. In other games, such as the rather laborious Buildings Have Feelings Too!, it is impossible to discern what your mistake was and recover from it. However, in The Colonists, I always knew where I had gone wrong and what exactly I needed to do to fix it. The Colonists is not in the business of confusing you or even punishing you for your mistakes. It actively wants you to have fun and encourages you to continue and learn. It has measures in place to ensure that should you fail, you can get back on your feet. It’s just up to you to do that.

The Colonists also happens to be a vibrantly beautiful game with a lot to do and see. From the rolling cliff-faces adorned with trees to the swaying riverbeds and jagged mountainsides, the scenery in The Colonists is stunning. But it is when you tarnish all this beautiful nature with your hectically brilliant civilisation that the game becomes truly magnificent.

Seeing your countless robots hard at work, picking up your materials from one point, delivering them to the next before repeating is so unbelievably soothing. It is really something special, and the ability to zoom directly in on the action or all the way out to survey your kingdom is spectacular. Complementing these phenomenal visuals is a suitably calming soundtrack. While not entirely memorable, each track helps make playing The Colonists that much more enjoyable. It coalesces to make an extremely endearing package.

“The Colonists is a phenomenally fantastic experience, and one of the best games I’ve played all year.”

I honestly don’t know if I’ve fully done The Colonists justice in this review. It is a fantastic game that has genuinely taken my breath away. It is rare these days that I enjoy something as much as The Colonists and actually want to go back and keep playing it.

The Colonists is brilliant, beautiful, complex yet easy to understand, and best of all, fun. It doesn’t waste your time, and it doesn’t frustrate or annoy you. It is pure, unadulterated fun. The Colonists is a phenomenally fantastic experience and one of the best games I’ve played all year. 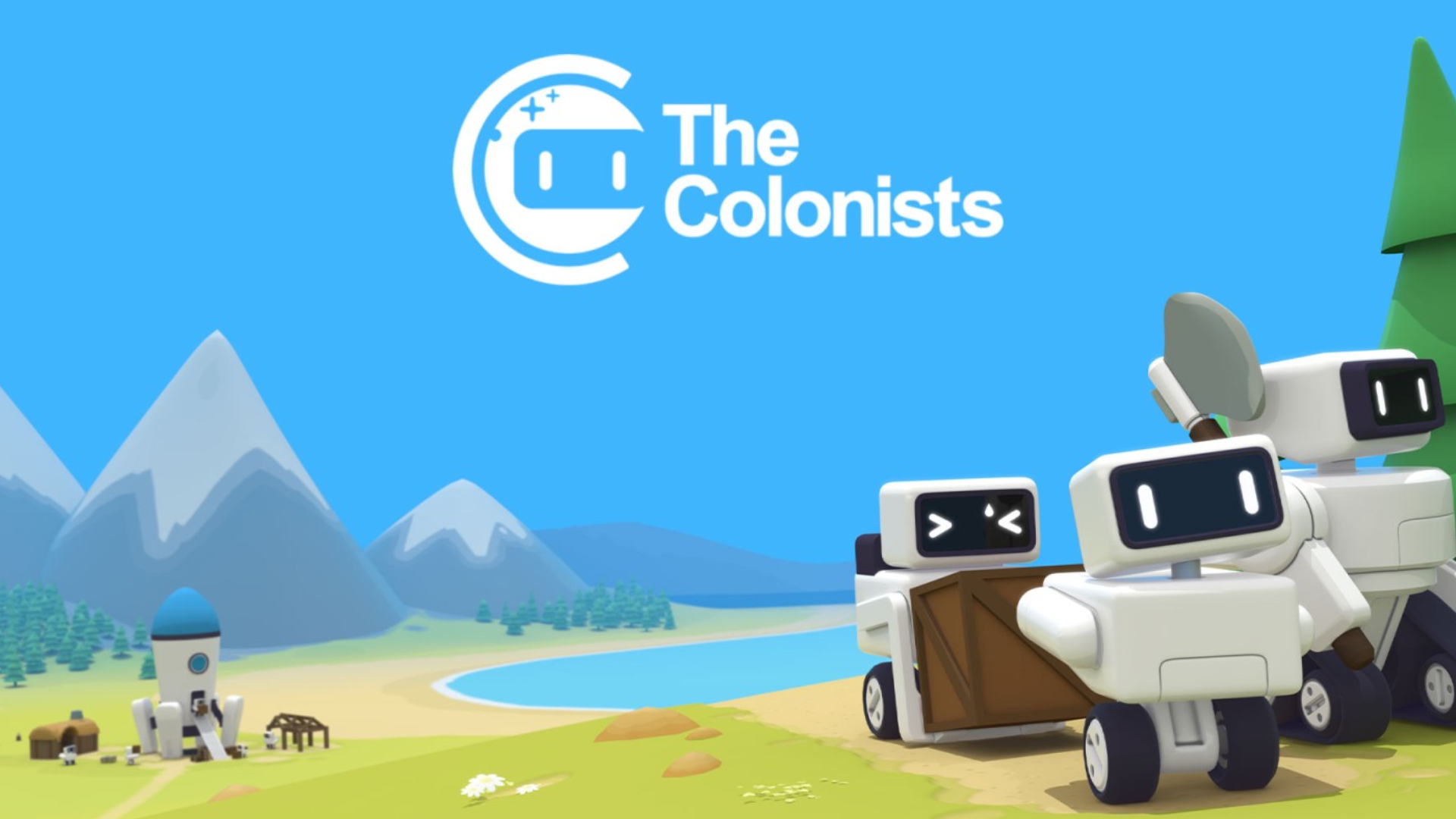 The Colonists Review
Summary
The Colonists is a genuinely brilliant game that has nuzzled its way nicely onto the Switch. It is a game filled to the brim with brilliant ideas and an abundance of complexity. Yet its streamlined controls and delightfully helpful tutorial supplies you with enough basics that even the most casual of players will be able to understand. I adore The Colonists and frankly cannot wait to play more.
Pros
Fantastically complex gameplay
Easy to play, hard to master
Heaps of personality
Cons
9.5