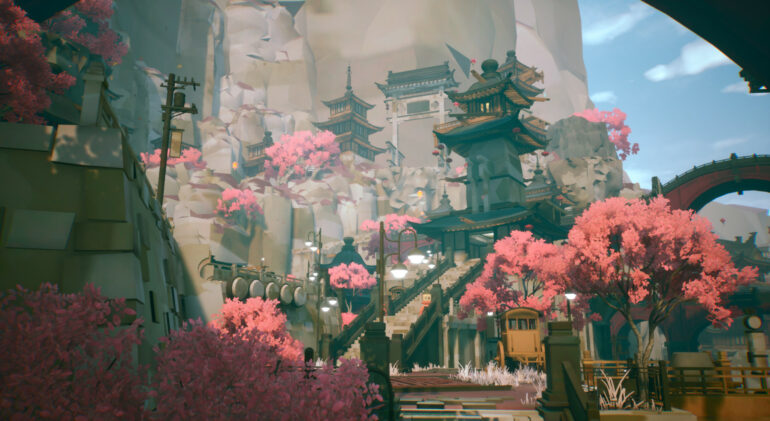 Created by solo developer, nocras, and published by indie veteran, PLAYISM, the exploration platformer, Tasomachi: Behind The Twilight, has finally received a release date of later this month.

Featured at the Steam Game Festival, Tasomachi: Behind The Twilight is an exploration platformer inspired by late-90’s collect-a-thon platformers. It’s being developed by triple-A artist-turned-game developer nocras, who has worked on titles such as The Legends of Zelda: Breath of the Wild and Xenoblade Chronicles 2. Nocras spoke about how they enjoyed working on other projects but felt it was time to move onto their own title.

“I enjoy making 2D and 3D art for myself and others, but I felt a need to express myself and the beauty of the world, which I could only do properly through a video game of my own […] It also feels like the world unfairly abandoned the collect-a-thon platformer, and I want to bring that genre back with beautiful visuals that create the same sense of melancholy and joy that I originally felt in my youth.”

What Is Tasomachi: Behind The Twilight?

Tasomachi: Behind The Twilight launches this April 14th. As of yet, no price has been announced. However, if you head on over to its Steam store page you can wishlist it and be notified when announcements are made. Will you be picking it up later this month? Let us know down in the comments below.