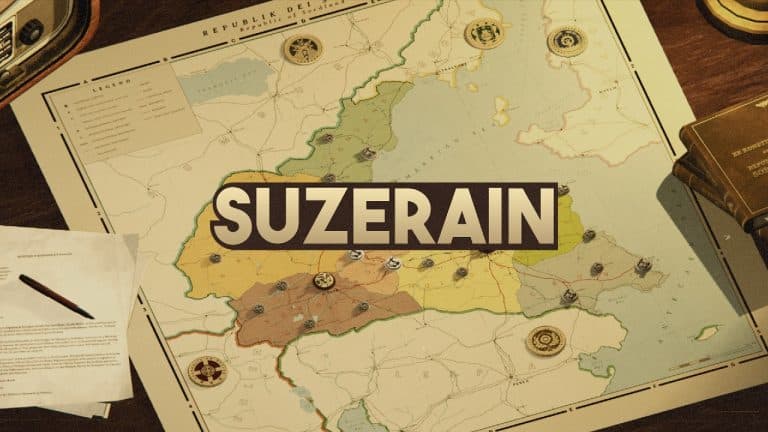 Suzerain is an interactive fiction that explores the long and treacherous road young democracies must take to evolve into a more equitable society. Though it lacks the mechanics of hardcore political simulators, it is an excellent achievement in representing democracy in games.

Unlike traditional parser text adventures, Suzerain falls more in line with other TWINE games. Framed as multiple choice questions, dialogue, and narrative decisions can be everything from superficial responses to game-changing events. After setting up Anton’s background in the prologue, the game truly begins.

Taking place in the mid-20th century in the fictional region of Merkopa, Suzerain tasks players with leading Sordland. The country is devastated by unrest, a recent history of dictatorships and civil war, a failing economy, and foreign interference. You play as Anton Rayne, a man who has lived through it all and made his way up the political ladder to be eventually be elected president in 1954.

The divided and diverse region of Merkopa is presented in a charming room 3D rendered map, presumably on the president’s desk. From this screen, players can click through scenes to progress, read newspaper articles and government reports, and consult a practical encyclopedia. Merkopa is a post-imperial land reminiscent of the middle east and eastern Europe and is even plagued by similar mid-century struggles like the Cold-War. Though, its ambiguity leaves the game applicable to many regions and historical situations.

Sordland is a modest power in the region with a shaky grasp on democracy, and it is up to you to decide what changes are necessary. You can strengthen Sordland, repair the economy, attempt to get re-elected or turn your back on democracy entirely. The pure variety of choices Suzerain offers allows for many different play styles and player-defined goals. But, some choices can lead to an early ending or even a coup if you aren’t careful

Suzerain provides a helpful group of advisors in your cabinet that guide you through Sordish politics to give some idea of what your choices could result in. The bulk of the game is in these conversations, where you deliberate and hear the pros and cons of your actions. These choices almost always have a catch, whether monetary, political, or personal.

One of the earliest decisions you can make, aside from deciding on your campaign promises, is to choose an infrastructure project to stimulate the economy. You can develop highways in a rural and poverty-stricken region to promote growth or expand an existing regional economic powerhouse. While approving the highway will improve the region’s economy, it will come with the disapproval of Sordland’s oligarchs.

Both choices have advantages and disadvantages, but like many decisions in the game, neither results in an automatic lose state. Decisions build up over time, allowing players to make their own choices and establish long-term goals without feeling beholden to a developer-defined path.

However, some dialogue choices felt unnecessary and slowed down the flow of decisions. Likewise, cabinet meetings occasionally turned into a barrage of text, switching between issues before I could get a handle on the situation. In some instances, a simple pro and con list would be preferable.

Suzerain balances out these dense and challenging decisions with time dedicated to spending with family and Petr Vectern, Anton’s Vice President and best friend. These scenes offered an opportunity to escape from the confusing landscape of Sordish politics into something more down-to-earth. At times, I found myself even more invested in the family than in the larger game. I would always try to improve Anton’s relationship with his troubled son Franc or support his wife in her fight for gender equality.

While clicking through these choices and deciding the future of the Sordland, Suzerain’s dynamic, minimalist soundtrack hums along. Heavy in ambience and primarily guitar-driven, Suzerains reverb-heavy music fits perfectly. It builds to crescendos as tense moments play out and pulls back during more meditative scenes. Its soundtrack manages to make an already excellent interactive fiction game even more immersive. Expressive character portraits also help elevate the characters and put a face to a name.

*Disclaimer: Reviewed on Steam, code was provided by the Publisher. 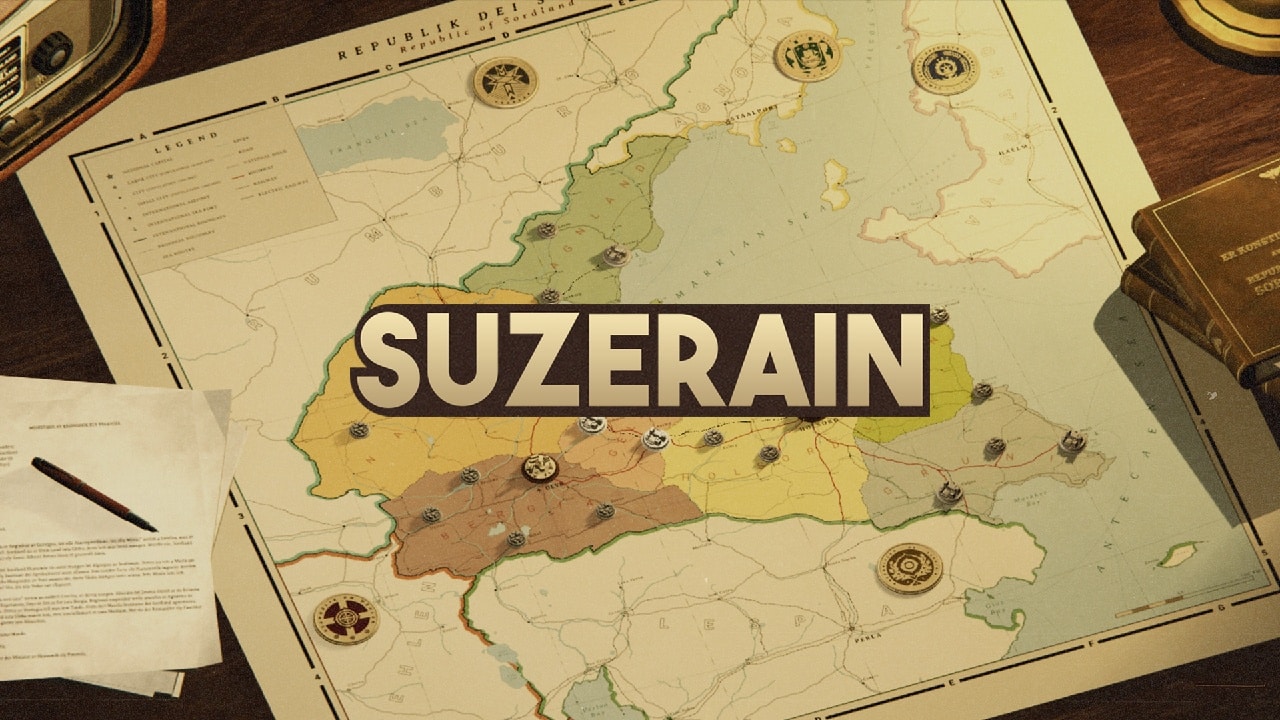 Suzerain Review
Summary
Through its flexible choices and paths, Suzerain avoids the binaries that many choice-based games fall into, and it allows for the stark and realistic depiction of a young democracy. It provides players with a bevy of choices on whether to further corrupt the office, take the country in a new direction, or even just get reelected. Punctuated with an excellent soundtrack, Suzerain offers an amazing experience for players to play through with a 10-hour campaign and tons of replayability.
Pros
Flexible Choices
Realistic Depiction of Democracy
Excellent Replayability
Cons
Some Choices Felt Unnecessary
Cabinet Meetings are Dull
8.5