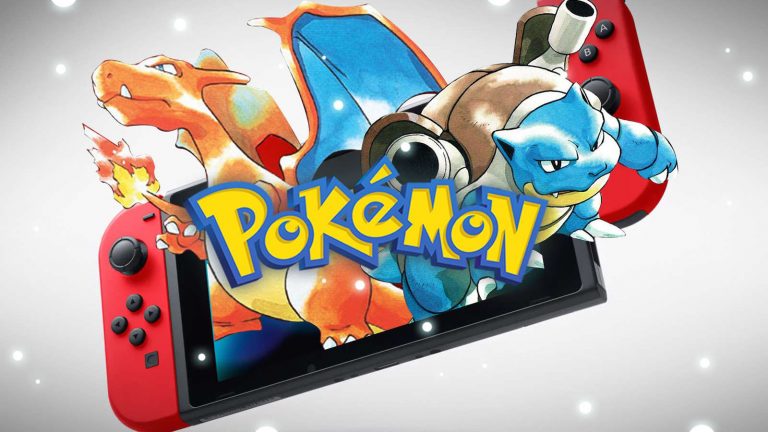 The Hitchhiker’s Guide to Pokémon Rumors for 2021

After the Macy’s Thanksgiving parade, Nintendo and The Pokémon Company teased that they have big plans for Pokémon’s 25 Anniversary (2021). This isn’t terribly shocking, given that Pokémon is the largest multimedia franchise on the planet (with games only comprising a small part of that). Not shockingly, they are being rather tight-lipped about their plans, which means that rumors are just flying around the internet. As always, everyone and their cat seems to have an inside source at Nintendo, and thus a plethora of alleged leaks seem to be flooding Twitter.

Now, I have no idea how many of these are accurate. I don’t have an inside source at Nintendo. I don’t have top-secret industry contacts of any sort. But I figured since the rumors are coming out, I’d talk about some of them and how I feel about them.

I feel like it’s not fair calling these rumors, as we know they’re both coming eventually. But one of the random rumors I’ve heard is that both the Pokémon Snap sequel and the Detective Pikachu sequel will be arriving in 2021. Since they’re already been officially announced, it’s not a terrible bet to think that they’d be coming sooner rather than later.

Given how much of a cash cow franchise Pokémon is in general, I wouldn’t imagine this to be anything like the situation with Metroid Prime 4 or Pikmin 4, where something is caught in “Development Hell” for years and years, slowly driving the fandom insane.

I’ve yet to actually play Detective Pikachu or see the movie, and when I played Pokémon Snap back in the ’90s, I didn’t really get into it. At that point in time, we were all waiting for something, anything Pokémon related to come out, whether it was a sequel or a full-blown version of the games for the N64.

That being said, I have several friends who have been waiting for a new Pokémon Snap for decades, and I think it’s really cool that they’re finally getting one. While neither of these would necessarily be day one buys for me, I get why people are excited about them. And being a fan of other Pokémon spin-off games myself, I can’t really begrudge anyone for getting excited about their favorites.

The original Pokémon: Let’s Go games sold over 3 million copies in the first week, so a second game seems inevitable. For the past year or so, I’ve been hearing a lot of talk of new Pokémon: Let’s Go games based on the Johto entries in the series. Part of that may have been people eager for something resembling a Pokémon mainline experience on their Switches, and part of it may have just been nostalgia for the Kanto region. While I don’t think a sequel would necessarily sell as well, I do feel like there are enough fans of the series and enough fans of the Johto region, in particular, that Game Freak would be willing to hop on this idea.

I’m not sure how invested I’d be in a sequel. Pokémon: Let’s Go was designed to appeal to casual fans, the people who play a lot of Pokémon Go. I never really got into Pokémon Go, so the gameplay style of Let’s Go never grabbed me. Also, I have giant, mutant spider hands, which meant that the Pokéball controller for the Let’s Go was uncomfortable for me to use.

I am, however, a fan of the Johto games in general, and it has been around a decade since HeartGold and SoulSilver came out. I wouldn’t mind these regions, once again, getting new life for a new generation of fans, and seeing what the Game Freak can do to tweak the personality of the region.

I’d be shocked if it would be better than the previous remakes. But still, I’m curious to see how they treat these ones, especially with how much of a Sacred Cow HeartGold and SoulSilver are. Likewise, I’m curious to see what they use as the mascots. Unlike the original Let’s Go, there isn’t an extremely obvious candidate. I’d either guess Marrill as one of them, or they’d do something with some of the baby Pokémon (Let’s Go Pichu and Togepi, or Let’s Go Magby and Elekid).

This particular rumor has been floating around since even before the Switch was released. The first-Generation games received remakes in the form of FireRed and LeafGreen on the Gameboy Advance. Gen 2 got HeartGold and SoulSilver on the DS, and Gen 3 got OmegaRuby and AlphaSapphire on the 3DS. Fans think it is high time for the Gen 4 games to be remade. With Sword and Shield having been out for a year now, 2021 would be a good time to release these remakes.

I, for one, am excited about the idea of Gen 4 remakes. Sinnoh has some of my favorite Gym Leaders in the franchise, and aesthetically is one of my favorite regions (being based on the Hokkaido region of Japan). The wintry, mountain vibe that Sinnoh has is definitely something I enjoy. And remakes could also tweak some of the things that were flawed about the original Gen 4 releases, such as the availability of certain Pokémon (fire types being one of the more notable things), and the utterly infuriating Honey Tree mechanics. I would be thrilled to see these games that I enjoy getting a chance to have some of their rough edges polished off.

That being said, I do feel like the fandom may want to temper their expectations a little bit. I’ve been seeing people talk about how they want the Diamond and Pearl remakes to have a major graphical overhaul compared to Sword and Shield. And I don’t really see that happening. Still, I’m eager to see how the storylines and mythology of these games get expanded upon and to see what other quality of life enhancements they add to them. Of the rumors I’ve heard, the Diamond and Pearl remakes are probably the ones I’m most excited about.

While I’ve heard a couple of different names for this particular rumor, it boils down to the same thing: a collection of ports of the older mainline games. No two sources can seem to agree on what games it would have: would it be the DS games? Would it be the GBA and the DS games? How would it connect to other Pokémon games already available on the Switch? How does this fit in with other plans and other rumored products going on?

It’s not terribly hard to see where the inspiration for this particular rumor came from. Ever since Super Mario 3D All-Stars came out, I feel like every Nintendo Franchise has been getting a rumor about some sort of port collection. And this one is perhaps the most confusing to me.

Given Pokémon’s tendency to release remakes, I feel like releasing the vanilla versions of the older games would be a little redundant. Sure, the original games aren’t the same as the remakes, and yes, they’re still fun, but they tend to be missing a lot of quality of life features that later generations added. Likewise, there are problems with connectivity: not all of the old versions of the games were compatible. The first two generations were incompatible with the GBA games, for example. Would the Pokemon from here be able to be transferred to Pokémon Home and other games?

While it wouldn’t be the first time they’ve ported the old games forward (as the first two generations of games were released for the 3DS a few years back), it’s one of those things that I just find confusing. While it would be a low effort way of giving everyone access to these regions, given the number of times the games have been remade, I can’t help but raise an eyebrow at this one. But, depending on what games they include, and what other plans the Pokemon Company has, I still could be talked into picking something like this up. After all, in spite of having a copy of HeartGold, I do still sometimes go back and play the ports of Crystal and Silver on my 3DS.

Still, I feel like straight ports of the mainline games would be something of a letdown. However, there is a variation on this rumor that I’ve heard which I am a little more excited about…

A Pokemon 3D Collection of Some Sort

While I would find ports of the mainline Pokemon games to be confusing and redundant given Game Freak’s propensity for remaking the games, there was another rumored take on a Pokémon collection that I’m a little more excited about: a collection of some of the home console games. While (up until the release of the Switch) Pokémon was primarily a portable franchise, there have been a couple of home console games scattered across the generations. And one of the rumors for the 25th Anniversary is that there will be a collected re-release of some of the games, particularly the Stadium games, Pokémon Colosseum, and Pokémon XD: Gale of Darkness.

I feel like the Pokemon Stadium games wouldn’t necessarily be something to get excited for. Back in the day, they just existed so you could see (and battle) the Pokémon you caught in the original games with home console graphics. The gameplay of the Stadium Games wasn’t amazing, and given that we’re now getting mainline Pokemon entries on the Switch, the novelty has sort of worn off.

On the other hand, Colosseum and Gale of Darkness would be welcome rereleases. Both were standalone RPGs, with a much more limited set of Pokemon available to the players. They had their own setting and story. They also had a bigger focus on double battling and a much nastier difficulty curve than other entries of the series at the time. A lot of the enemy trainers you battle actually use techniques that you saw in competitive play during Gen 3, meaning that you couldn’t just “mash A to win” in these entries of the series.

I know a lot of people missed out on these particular entries in the franchise (myself included), but I also know that they have a vocal fanbase. And given that one of the major complaints about the Pokémon series over the past several generations has been that it’s too easy, perhaps a rerelease or reimagining of these higher difficulty games would give the fans the challenge that they hope for. Plus, with the Switch’s higher install base than the Gamecube, more people would get the chance to experience these games. I would be eager to experience these myself, just to finally see what all the fuss is about.

Obviously, that’s a lot of rumors to take in, and I don’t expect all of these to happen. I have my hopes for which ones I’d like to see, and I have ones that I expect to see. Still, I’m expecting a big year. Given that no one expected Pokémon to succeed back in the day, it’s pretty amazing to think that it has become the biggest multimedia franchise in the world. And I am eager to see where the future takes it.