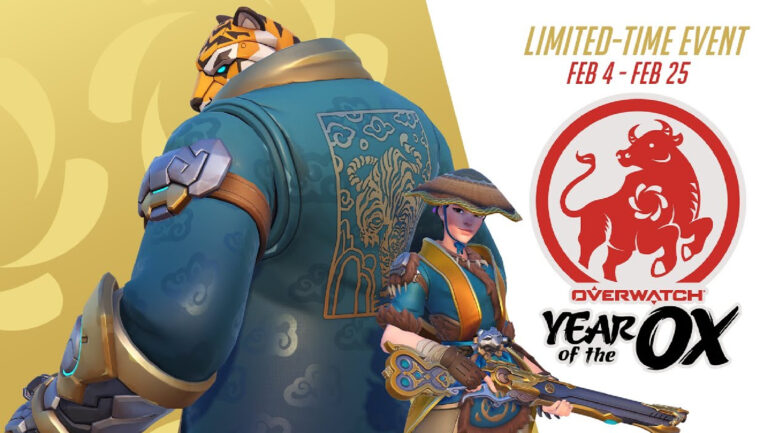 The Overwatch Lunar New Year Event 2021 has started with a bang, and Blizzard continues the festivities with a new game mode, skins, and more!

During this limited-time event (running from February 4th – 25th) an exciting plethora of new content has been released! Firstly, there are new seasonal items to get your claws into, including legendary skins like Bull Demon Orisa, Dragonfire Bastion, Tiger Huntress Ashe, and more! You can see what new skins are available over on Overwatch’s website! The Overwatch Lunar New Year Event also launches the fourth competitive season of Capture the Flag and introduces a new game mode: Bounty Hunter! See below for the new game mode, and all the updates and bug-fixing that update 3.04 brings!

Test your skills in this new Overwatch game mode, as an outlaw with this new addition to the Arcade rotation: Bounty Hunter! Getting the first kill of the match makes you the Target and gives you extra points for making kills, but beware: anyone who kills you becomes the next Target!