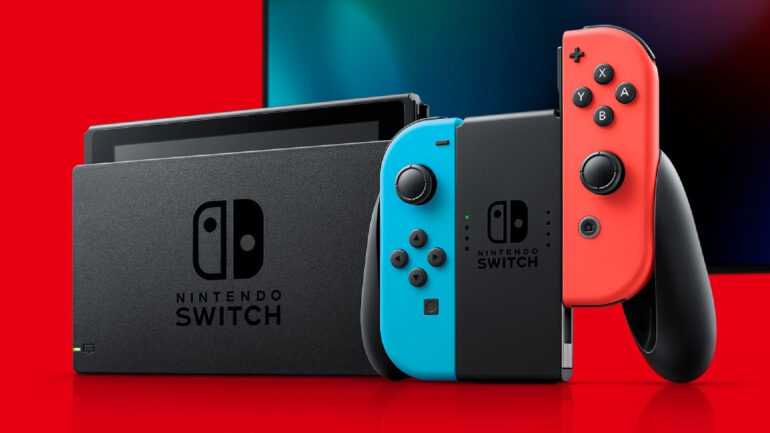 Wish Upon An Italian Plumber

We have successfully made it through 2020. I think it would be pretty safe for me to say that this past year has been a little rough. While 2021 isn’t automatically going to be a better year, I am hopeful that things will be looking up in the near future. Of course, with a new year comes new hopes and dreams, new ambitions, new goals, and perhaps what is clearly the most important thing of all, new wishes from our favourite video game companies. Being the Nintendo Fanboy that I am, I figured I would take the time to talk about a couple of my wishes for the company in 2020.

Thanks to the events of the past year, I think it’s pretty safe to say that Nintendo has had to make some adjustments to their plans, and as such have been even more tight-lipped than usual about what’s in the pipelines. Aside from big, vague things planned for Pokemon and Zelda in celebration of their respective anniversaries, we really don’t know what Nintendo has up their sleeves. As such, I figured I would talk about my Nintendo wishes this year unrelated to those two franchises; it would be tough for them to mess up any Zelda celebration for me, and I feel like a lot of the Pokemon celebration is going to be less game-related anyway. With that said, Let’s-a Go!

Anything Related To Metroid

While Zelda’s 35th Anniversary is certainly a huge thing in gaming worth celebrating, it is far from the only Nintendo Anniversary this year. Metroid likewise shares a birthday with Zelda, and fans are chomping at the bit to see something, ANYTHING related to this franchise. The series isn’t exactly one of Nintendo’s biggest sellers, and after the release of games like Other M and Federation Force, the fandom was worried that Nintendo was going to axe the franchise. Fears were relieved when Prime 4 was announced, but the troubled development of that game and the lack of updates has the fandom a little antsy.

So, for 2021, in celebration of Metroid’s Birthday, I would like to see Nintendo give us something, anything related to the series, to help alleviate some of those concerns.  I’m not expecting Prime 4 to be released this year (and would be shocked if it was), but an update or announcement on how the game is going would be nice. And maybe some ports of some of the other titles wouldn’t be out of the question either; I’ve been hearing rumours of a Switch Port for Samus Returns and a Metroid Prime collection for quite a while now. But just something to send the message to us Metroid fans that Nintendo hasn’t forgotten us or this series.

The Fire Emblem franchise just turned thirty this past year, and as sort of a celebration of that, Nintendo has made a limited Western release of the first game. But I get the impression that this wasn’t their original plan for the franchise this year, nor do I feel like it’s all they have up their sleeves. Since Fire Emblem is a series I’ve wanted to dive into for a while now, I would be okay with them releasing more.

With Three Houses having come out in 2019, I wouldn’t expect a brand-spanking new game in 2021. That said, with my relative lack of familiarity with the series, I would be ecstatic to see a re-release of some of the other older games on the Switch. Given that many of these games were released for the GBA and DS, they’re not exactly easy to find and play at the moment, so I feel that a re-release would be a great way to bring the burgeoning fandom even deeper into the mythos of the franchise.

If you asked me ten years ago what I thought about Kid Icarus as a franchise, my response would have been something like, “What?  Oh, right, that existed, I guess.” While the NES and Game Boy games were quite good, they were overshadowed by other titles, so I didn’t expect us to see any more games in the franchise. Then we received Kid Icarus Uprising.

This was a game I don’t think anyone was expecting (even after Pit showed up in Super Smash Bros. Brawl) and wound up being far better than anyone expected. It was fun, clever, and funny, and it is regularly cited as one of the best games for the 3DS. I have several friends who cite Pit as their favourite Nintendo character thanks to this game, and I don’t entirely blame them. Fans have been itching for another Kid Icarus game like Uprising to come out, and yet we haven’t gotten it. You know what? I think it’s high time for that to change. A new Kid Icarus game on the Switch would almost certainly be an immediate pre-order from me, and I don’t think I’d be alone in that sentiment.

This is one of the ones that feels like it might be the biggest pipe dream. While the Mother series may be one of my favorite things that Nintendo has ever done, it has never really grown past having a cult following.  And Shigesato Itoi has conclusively said that the series is concluded and done and that we shouldn’t expect any new games related to it.

That being said, there’s also been an odd number of Mother-related things happening in the past year: Mother-themed pop-up shops in Japan, a book transcribing the dialogue from the games, a manga compilation. All of this makes me wonder if this is an attempt to build hype for something. Maybe we aren’t getting a new game, but perhaps a reworked version of the trilogy for the Switch is coming. I feel that the graphical style used for the Link’s Awakening remake would be the perfect updated aesthetic for these games.

While I still feel like Mother 3 would be problematic to localize in the West (as much as I adore that game), maybe we’ll finally see it happen in 2021. I certainly hope so; I would love to share these games with a new generation of gamer, and bringing them to the Switch would make it so much easier to do so.

Star Fox is, regrettably, a franchise Nintendo seems to have trouble figuring out. While Star Fox 64 is one of the most beloved titles for the N64, the other games in the franchise tend to be a little more divisive. Adventure suffered from being something that wasn’t really Star Fox, and Assault and Zero suffered from added gimmicks or divisive control schemes. As such, the series has been languishing for quite some time, never being quite all that it could be.

But I’ve always been fond of this series. I grew up on a steady diet of science fiction, and I love cartoon animals, and the blending of the two works surprisingly well, and does feel just so Nintendo. And there have been recent things in the franchise with a lot of good ideas. While Ubisoft’s Starlink wasn’t a mainline Star Fox game, the Switch version had Star Fox content (especially with the DLC package) and had many aspects that I love. Also, the final version of Star Fox 2 met with a lot of praise from fans in general.

I feel that the future of the series would involve Starlink’s unique combination of open-world exploration and strategy elements. Star Fox 2 likewise had an element of strategic gameplay, and it blended surprisingly well with the arcade-style action. I sincerely hope that Nintendo moves this franchise forward, both in terms of storyline and gameplay, and take some lessons from both the successes and failures that this franchise has had.

It should come as a shock to absolutely no one that I am a fan of the Wario Land franchise.  I feel the franchise does have something to offer that you don’t see in Nintendo’s other 2D platformers. And the WarioWare games don’t really scratch my Wario itch at all. I would love for Nintendo to bring out a new entry in this series.

While this is something I’m not expecting to happen, I feel like there is some merit to the idea. The first four games were all great fun, and Shake It is a hugely underrated title for the Wii. While Wario Land doesn’t precisely have a coherent fandom (in contrast with Mother and Metroid), I know I’m not the only person who’d love to see him come back for some platforming adventures. And hey, that would give Nintendo an excuse to finally flesh out a confident purple-themed famous Mario trickster…

While the Switch’s Online service is a mixed bag, I absolutely love the availability of games from my childhood. While the titles have been coming to the platform at a slow trickle, I still enjoy being able to pick up my Switch and play random NES and SNES games on there. But, like many other fans, I am eager for Nintendo to expand on this idea more.

The Super Mario 3D All-Stars collection release does make me worried that we won’t be getting Nintendo 64 or Gamecube titles for Switch Online. After all, if Nintendo can make money by just repackaging and reselling those titles to gamers out there, it would make sense to do that instead of adding them as a perk to a subscription service. Nintendo IS a business after all, and the business of business is business.

That being said, even if the Gamecube and N64 wind up not being in the cards for Switch Online, they wouldn’t necessarily be the only consoles I’d love to see get used for the system.  There are plenty of great Game Boy, Game Boy Color, and Game Boy Advance games out there that are ready to be experienced by a new generation.  I’d certainly be excited to see Metroid Fusion and Minish Cap readily available on my Nintendo Switch at a moment’s notice.

How about the rest of you? What sort of things are you hoping Nintendo pulls out of their bag of tricks in 2021? Feel free to leave us a comment sharing your hopes and dreams.