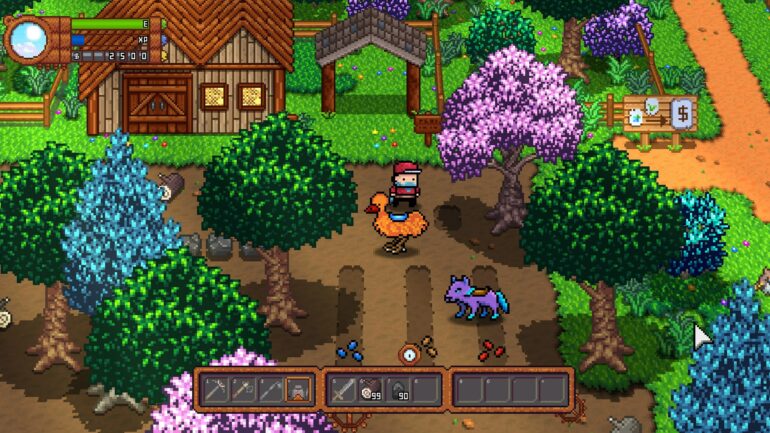 Monster Harvest is an upcoming farming simulator with action-RPG elements. Paying homage to titles like Stardew Valley and Pokémon (isn’t that just everyone’s favourite mash-up), while putting its own unique spin on it, Monster Harvest is set to take the genre by storm! It’s reminiscent of Village Monsters, although perhaps a little more refined. Well, for those of you who’ve been waiting for a release date announcement, wait no longer. Developer Maple Powered Games have announced the game’s release date for all platforms, and there’s not long to wait!

What Is Monster Harvest?

Monster Harvest is a monster collecting game with farming elements and turn-based battles to boot. Players will have to grow and collect mutated crops which can then turn into Planimals. What are Planimals? They’re adorable mutated crops that can join the player in their quest to journey across the vast world of Planimal Point. Of course. You’ll have the chance to explore dungeons, battle against other Planimals and explore a vibrant world all while trying to take down the nefarious SlimeCo. Here’s a list of just some of the things you can expect to find in Monster Harvest:

Monster Harvest releases on the Nintendo Switch and PC on May 13th, 2021. It will then launch on Xbox and PlayStation on June 3rd. If you’re a collector of all things physical, then you can pick up physical editions for the PlayStation 4 and Nintendo Switch on the 4th of June (Europe) and 8th of June (United States). Will you be picking up Monster Harvest when it launches later this year? Let us know down in the comments below!