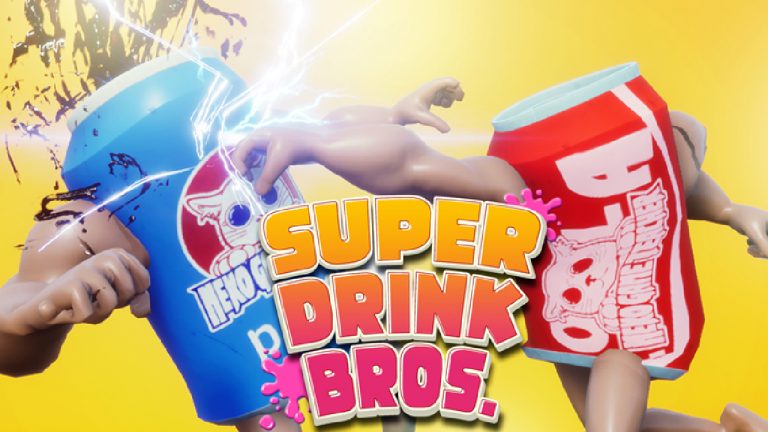 Super Drink Bros, a 3D fighting game that decides once and for all the defining drink of our generation, is getting a new fighter today.

Released by Neko Game Teacher, the colourfully-wacky fighting game is still in early access, and is constantly seeing new updates and characters. Black Vinegar, the 8th fighter to try their luck in the ring, is no exception.

So who is Black Vinegar? Well, this beefcake-of-a-cauldron happens to enjoy a spot of mountain climbing, and has, thanks to his dedication to climbing, reached outer space. What a champ! He wields a giant hammer that can be used for all sorts, including bouncing around the place, smashing everything he sees.

His main skill sees him jumping in any direction, and when he lands the impact leaves a mark on the ground. Dash within this mark and he’ll spin attack the enemy. This can handily be used to counterattack an opponent’s attack, or used as a surprise attack to catch your opponent off guard.

Being the mountain of a drink that he is (look at those arms!), you know Black Vinegar won’t take it lying down. When he attacks or is attacked, his anger gauge builds. Once it’s reached the maximum, his hammer will set ablaze, and his next attack will pulverise his opponent, smashing through any defence they put up.