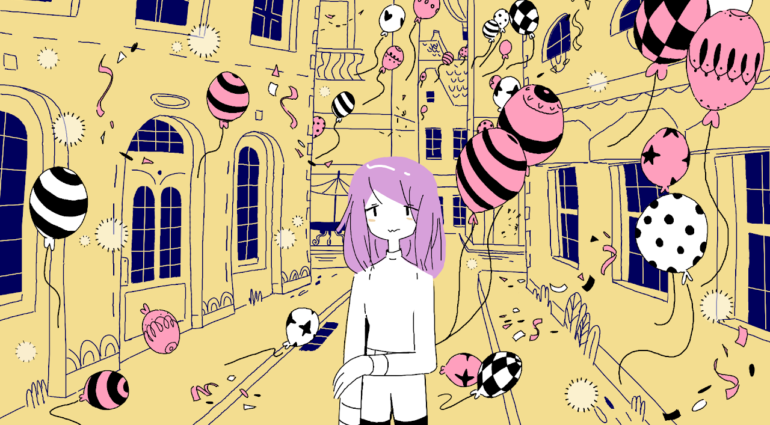 One cold, miserable morning, my high-school art teacher, who’s pompous unkempt frizzy hair kept distractingly bouncing around, proposed a task. We were to draw what we believed passion to look like. I think that passion, like the ever-elusive meaning of life, is often too far from our reach. Triple-A games are all too often fraught with unoriginality and struggle to innovate on their antiquated predecessors. But where the passion has died in triple-A publishers, you can find it flickering in the midst of indie developers. Illun, also known as Studioland, is one such developer. His fervent passion for all things creative is the spark I’ve longed for to remind me that maybe, just maybe, there’s still hope for the game’s industry.

Illun is an incredibly creative person. Whether it’s developing his next video game title, sprucing up another piece of his gorgeous illustration work, or writing his own music, he’s always creating. Even when Illun was young, he was producing titles simply by using Microsoft PowerPoint. “When I was in elementary school, a close friend sent me a game that he’d created entirely in Microsoft Powerpoint,” he told me. It made me fondly reminisce about my own childhood, where creating choice-based games using hyperlinks in PowerPoint passed as entertainment. “The game was very simple and revolved around dodging objects with the mouse cursor. After that, I took up Powerpoint and started making stuff.”

Since his PowerPoint days, Illun has gone on to produce “dozens of unfinished projects”, earning him a “reputation as someone who starts projects and doesn’t finish them”. Illun explains that “starting a project is always a very exciting time because everything feels fresh and new”, but that by the time he’s reached the halfway mark, “morale decreases drastically [as] that’s when fatigue starts to catch up with [him].” It’s a sentiment shared by all creatives, especially those that do everything from creating code to composing music and illustrating the game. Illun feared his “Space Clown Project”, which would later go on to be known as Magellania, would go unfinished and end up like his previous projects. However, Illun managed to produce the first of what is sure to be many masterpieces through sheer determination and passion.

During the pre-development of Magellania, Illun felt things were “always pretty chaotic”. As he persevered, dedicating each day to working on scripting, asset creation, playtesting, and programming, development began to “resemble a real workflow”. Illun would work on a planet at a time, ensuring that everything was up to scratch before eventually moving on to the next. Taking just over a year and utilising code from unfinished projects, Magellania was quickly beginning to resemble a final product. However, once post-development hit, things got tricky.

“The lowest points came not during the development phase but rather the ‘publishing’ phase”. Illun found that when it came to getting Magellania out to the people, he “didn’t know much about publicity or business”. Fortunately, while the post-development process may have been a challenge, Illun has found that he has “received generally positive reactions” from his audience.

However, Illun reminds me of the cruelty of video game design. “There are always critics and naysayers, of course”. It is difficult navigating criticism, especially when it targets someone who has put in a lot of hard work. Illun assures me that he considers all criticism. He separates it into categories of “‘reasonable’, ‘reasonable but outside of what I can pull off’, and ‘unreasonable'”. Illun will always keep an open mind, an endearing trait not commonly found in creatives. However, he reiterates that to stay sane in the world of video game development, “you need to be open-minded to what people have to say, but not so open-minded that your brain falls out.”

Illun has been drawing for as long as he has been developing games. He draws inspiration from numerous sources, depending on the project. For Magellania, he drew on the colourful and psychedelic work of Britt Spencer and the abstract surrealist dreamscapes of Winsor McCay’s Little Nemo in Slumberland. Illun found a passion for creating art and music as a direct result of his video game development. These inspirations are evident in Illun’s work, but they’ve been transformed and innovated to create a unique and distinctive style.

While drawing from his inspirations, Illun always tries to create “something that people haven’t seen”. For Magellania, he thought to himself, “it would be great if we had a clown-based tactics RPG”. He wanted to break away from the cliched perception of a clown and give it a new, unique identity. Illun’s interpretation breaks free from the shackles of convention to convey intricately designed characters that blossom in the world he’s created. His style may have been “born out of limitations” and created entirely by using MS Paint. However, it still manages to successfully capture an impassioned illustrator’s creative capabilities with a unique vision.

Of course, Illun doesn’t just produce the incredible artwork and code behind his games. He also composes all of the music for it. Inspired by classic Japanese rock bands such as T-Square and Casiopea, and other “acid jazz, bossa nova, and jazz/rock fusion” pieces, Illun’s music perfectly encapsulates the tone and style of the worlds he creates. Illun drew from previous musical projects such as the eclectic electronic-jazz-noir of Brass Age’s soundtrack, and his warm, cheerful and melodious Weather Report album when creating Magellania’s soundtrack. It is clear from listening to his music that he’s developed a distinctive style that complements his beautiful illustration work.

Magellania isn’t the end for Illun. His work has only just begun. After wrapping up production on Magellania and taking it out of early access within the next few months, Illun hopes to kickstart his foray into freelance illustration and continue working on his second album. “This is only the beginning,” he assures me confidently. “You can expect to see future releases”. Illun may be coy about telling me exactly what’s next on the cards, but I am confident whatever he produces next will be a true masterpiece. He is by far one of the greatest indie developers out there and will have an extremely bright future. Of that, I have no doubt.