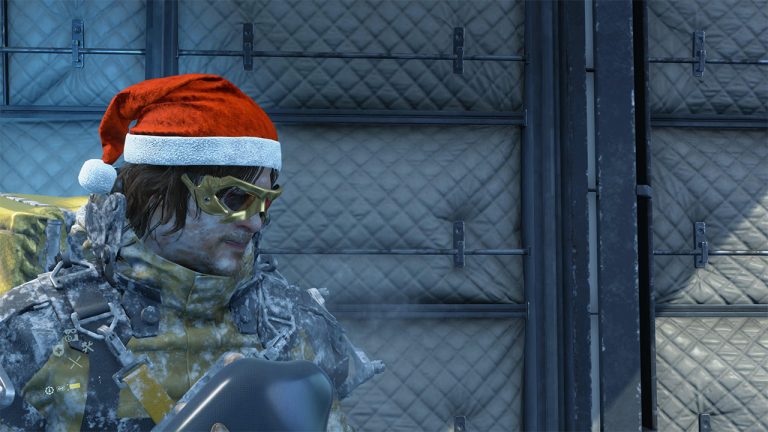 As we get closer to the holidays, we start to wonder what good Christmas inspired levels there are in games and if there is anything else inspired by the most wonderful time of the year in video games. This list aims to shine a light on some of the best easter eggs in games with heavy Christmas inspiration.

This indie gem came out of nowhere with its profound Metroidvania aesthetic and a style reminiscent of the ’80s. Braid, Super Meat Boy, and Fez draw a lot of inspiration from Cave Story. From style to audience appreciation, Cave Story is the godfather of indie games.

One of the most notable Easter Eggs in Cave Story involves playing the game at Christmas. The protagonist, Quote, will change his outfit to suit the holiday season, sporting a Santa outfit and a reindeer mask. What a cute way to celebrate the holiday and the game.

Hit and Run is The Simpson’s answer to the Grand Theft Auto franchise. It does a fantastic job of emulating the franchise while being a game for all ages. I have a bit of a love/hate relationship with the franchise, but I remember this game fondly. It has good gameplay and, for the time, excellent graphics.

The Simpsons: Hit and Run’s menu changes depending on what holiday you play the game. It also offers slight changes to gameplay, like dressing Homer in a Santa suit or adding a Christmas tree in the corner. It’s a small but nice easter egg while having no bearing on the game as a whole.

Rise of the Triad

Coming from the team that became 3D Realms, Rise Of the Triad was pretty ahead of its time. ROTT offers five different playable characters and an 11 player multiplayer mode on a modified Wolfenstein 3D engine. The game is great and plays well even today.

In the case of going the extra mile for easter eggs, the developer had the lovely idea of having character Taradino Cassaton wear a Santa hat on the start menu while playing a chiptune version of “God Rest Ye Merry Gentlemen.” It’s an excellent way of celebrating the holiday, as well as one of the best FPS games of the 1990s.

Now yes this is technically stretching the term easter egg slightly. Just stay with me here.

Anybody who plays an MMO game will know that their respective games usually do a holiday event. Star Trek Online has Q’s Winter Wonderland!, WoW has Feast of Winter Veil. Even The Old Republic celebrates Life Day. These events are almost a giant easter egg unto themselves. From quests to a particular mechanic unique to the event, there is something unique on offer every time to brighten up players’ faces all over the world.

My personal favourite is the Starlight Celebration event in the game Final Fantasy XIV. From Mih Khetto’s Amphitheatre and Gridania’s Christmas decorations to the unique and cute questline you get given, there is a lot to unwrap within this giant easter egg. I, particularly, love the Snowman mount you get from this year’s event.

After the controversy surrounding Hideo Kojima leaving Konami and the Metal Gear Franchise, fans worldwide waited to see what he would create next. What resulted would happen to be one of my favorite games of the last few years. Death Stranding is many things, but one thing for me that stands out is the journey, not just the journey to rebuild the chiral network, but to an extent also yourself.

In a post-apocalyptic setting such as this, it would typically be hard for people to find the good amongst the bad. Kojima Productions changed that last year with an update. Previously, Sam was the only one who had the ability to wear a Christmas hat, but update 1.08 also extended that to other Bridges’ members. It’s a small touch that is not just an easter egg but something to bring joy to anyone who plays the game