The line between art and entertainment is tentative at best. While it would be easy to argue that titles such as Call of Duty fit into the entertainment category rather snugly, it would be just as fitting to argue that their fervent determination to achieve realistic graphics is, in itself, a form of art. But should a game whose purpose is to be viewed as a piece of art be reviewed by the same process that a game entirely intended for entertainment purposes is? Everhood posited that question to me as I perused and pondered its psychedelic levels. Is Everhood art masquerading as a video game, or is it a video game masquerading as art? I’d argue the former.

“If you let yourself be completed absorbed by Everhood’s absurdism, then it can offer you some sensational moments.”

Discussing Everhood’s narrative is like an ignoramus discussing the particulars of a rock with a geologist. It’s a futile endeavour, and one that I’m not entirely convinced is worth the effort. Everhood has a narrative of sorts, but it is so cryptically ambiguous that it is difficult to immerse oneself fully. It centres around Red, a wooden doll whose arm has been stolen by a blue Gnome. Outside of that, I’m not entirely convinced I understood the narrative. Events certainly occur, and characters are introduced and reappear at certain stages of the game. But it all feels so ineffable and overwhelmingly discombobulating that I plodded through perplexed in the hopes that eventually I’d be free from its nightmarish grasp.

That’s not to say that I didn’t enjoy elements of Everhood’s narrative. Fortunately, while it may be told in an ambiguous manner, visually, it is a powerful and eclectic amalgamation of psychedelic visuals and absurdist abstractism. Characters are reminiscent of John Tenniel’s illustrations for Alice In Wonderland, both plausibly familiar and entirely metaphysical. Gameplay sections are often interrupted with psychedelic visuals that bend and warp the screen. They’ll contort the characters, and at times even shift the player’s perspective of events. It can be exhausting exploring a deliberately dark and surreal universe populated by equivocating characters who do little more than speak in riddles. However, if you let yourself be completed absorbed by Everhood’s absurdism, then it can offer you some sensational moments.

“The amount of entertainment you get from playing Everhood will be entirely determined by how much you enjoy this combat mechanic.”

When you’re not being bombarded with Everhood’s bizarre and surreal imagery, you’ll likely be taking part in its core gameplay mechanic. Everhood is broken up into two segments; there are narrative-focused walking segments in which the player will briefly explore various minimally detailed environments; then there are the combat segments. In combat, players will have to attempt to dodge incoming blocks and notes, à la a rhythm game, and outlive the song’s length. Should you be hit, you’ll be damaged. However, you’ll eventually recover a portion of your health. How quickly you regain your health will depend on your set difficulty.

I believe it is fair to say that the amount of entertainment you get from playing Everhood will be entirely determined by how much you enjoy its combat mechanic. I personally didn’t get much entertainment from it. It can be brutally difficult, with notes erratically flying towards you. Learning patterns often felt futile as the rate at which they appear was often too fast for my liking. More often than not, text or other visual distractions would appear on the screen. These made it all the more difficult to focus on the incoming notes.

“There is something about Everwood’s experimentation that is so enthralling.”

Combat became incredibly repetitive after a while, even despite the song changing per fight. It is worth noting, though, the music itself is genuinely good and another highlight of Everhood. But I often felt the overwhelmingly difficult combat overshadowed it. To add insult to injury, if you die during one of these segments, you’ll be sent back to the very beginning of the song. As most songs last upwards of several minutes, it was demoralising to replay the same segment repeatedly. There were often notes that would whizz about the screen that felt entirely unavoidable. Often notes felt too close together, resulting in what felt like unpreventable damage. The antiquated checkpoint system was ultimately my downfall, as it made me give up halfway due to sheer rage.

However, despite leaving in anger and confounded by its mind-numbingly frustrating mechanics, Everhood drew me back in. There is something about Everwood’s experimentation that is so enthralling. There is clearly some brilliant ideas at play here.

“Everhood is bizarre enough that you will want to play it over and over again.”

Everhood features a slew of unique features that caught me off guard and made me smile a little. It oozes a charm that is all too often bereft in other titles. While it can be exhaustingly frustrating to play, I found it impossible to critique it as it had enamoured me with its silver-tongued originality. Everhood may be more art than entertainment, but in a way, I’m glad it is. It’s not always entirely fun, but it is so full of life, surrealism and originality, that I couldn’t help but crack a smile and keep on playing.

Everhood is absolutely worth diving into. It is cheap enough that it never felt like a waste of money and bizarre enough that you will want to play it over and over again. I highly recommend Everhood, if only to share in what is bound to be one of the strangest experiences of 2021. 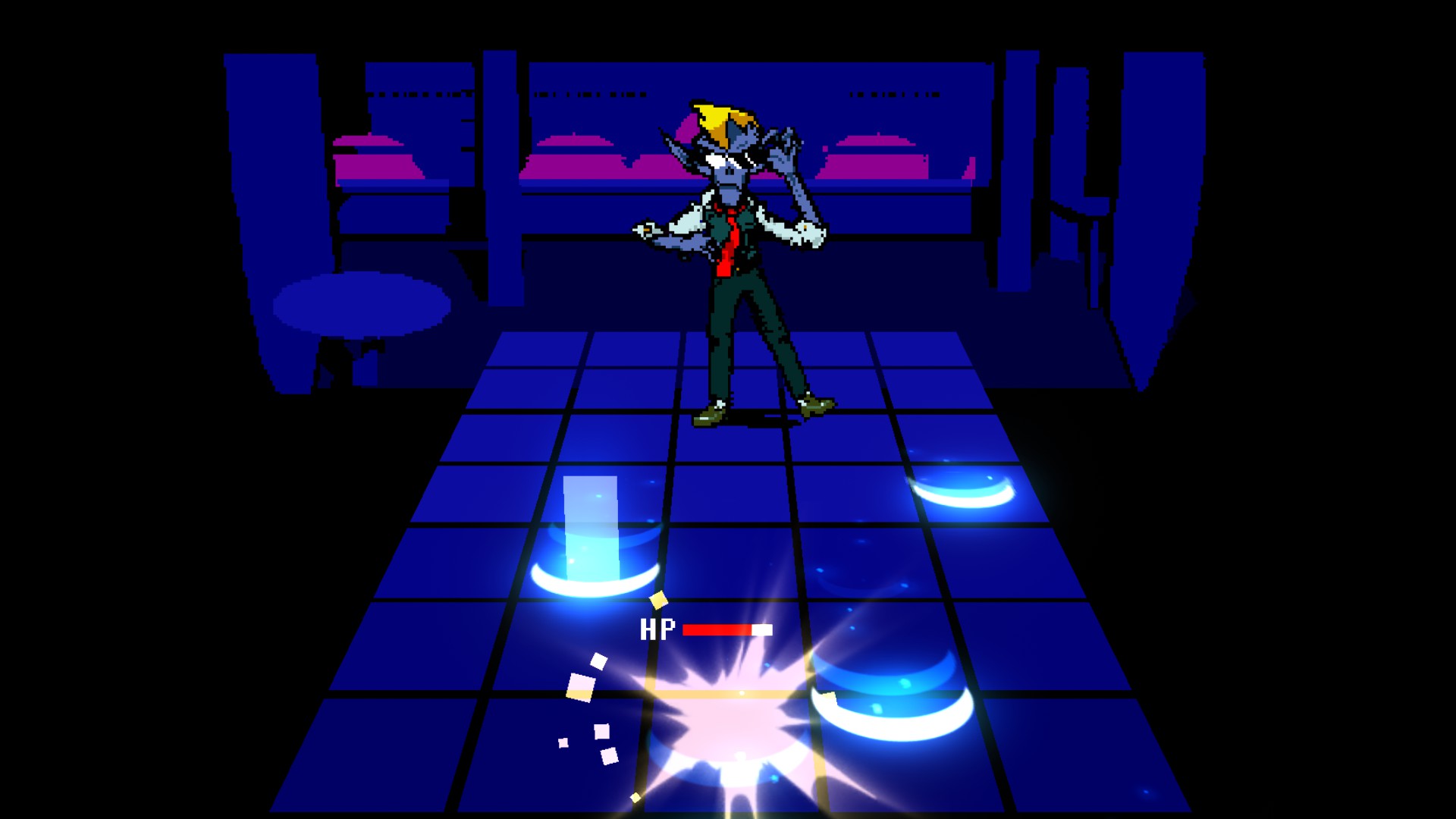 Everhood Review
Summary
Everhood is an interesting experiment disguised as a game. While I enjoyed its gameplay's psychedelic nature, I found myself frustrated by the antiquated game design. Fights were tedious, especially when you factor in the unforgiving checkpoint system. The narrative was cryptic at best and gave me no motivation to continue. Despite all of this, Everhood is cheap, and you'll want to jump into the game time and time again.
Pros
Psychedelically Arresting Visuals
Upbeat Soundtrack
Weirdly Wonderful World
Cons
Brutally Difficult
Unforgiving Checkpoint System
Story Is All Over The Place
7.5