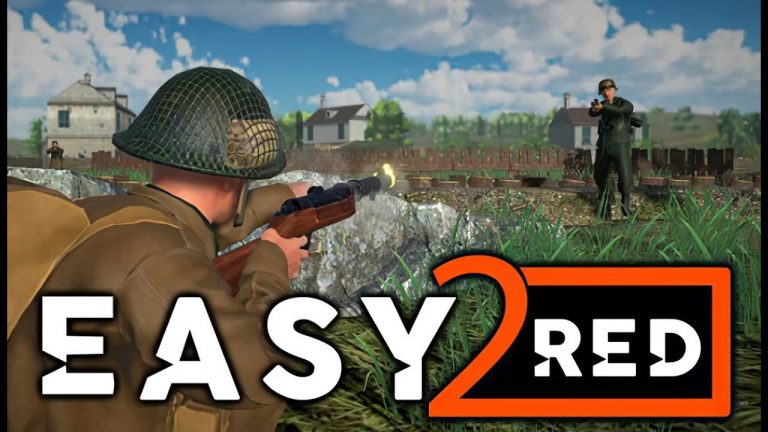 Easy Red 2 Marches Out Of Early Access This Summer

New features are available for Easy Red 2, the sequel to the highly-popular large-scale WW2 FPS Easy Red, have been announced, alongside the upcoming full-release date.

Easy Red 2 is an early access title by solo developer Marco Amadei (Corvostudio). It puts the player in the role of a soldier during some of the bloodiest battles in WW2, allowing them to explore huge open-environments while attempting to simulate the war accurately. You and a team of six AI-controlled teammates must endure the hardships of WW2 while completing various objectives.

So far, Easy Red 2 allows you to take part in a singleplayer campaign that features maps based on real-life locations and historical battle-plans. You can battle across the coast of Anzio in Italy, the bombed peaks of Montecassino, and take part in the battle of Kwajalein in Japan. Each mission will have you participate in large-scale warfare against AI-controlled soldiers while helping your squad complete objectives as either the squad leader, medic, radioman, rifleman, marksman, MG gunner, or an anti-tank specialist.

Easy Red 2 has received artillery, radios, and tank combat in its most recent update, which all hope to create a more immersive and fulfilling experience. Corvostudio has also confirmed a multiplayer mode that will allow up to 100 players to battle it out, and a map-editing feature so that the community can come together and help build upon the game’s foundations.

You can pick up Easy Red 2 for £4.99 over on Steam while it is in early access, and receive free updates every week. In a bid to offer full transparency, the developer has also put the game’s development roadmap up on Steam. So you can check it out to see what’s coming up next. He teases a Nintendo Switch release as one of the planned updates and maybe releases on other consoles.

I have to admit. Easy Red 2 looks really fun! I’ve been following this title for a while and was a big fan of the original Easy Red. I’ll be giving this a thorough playthrough when it finally releases this Summer! Easy Red 2 is scheduled to leave Early Access during Q2 2021.