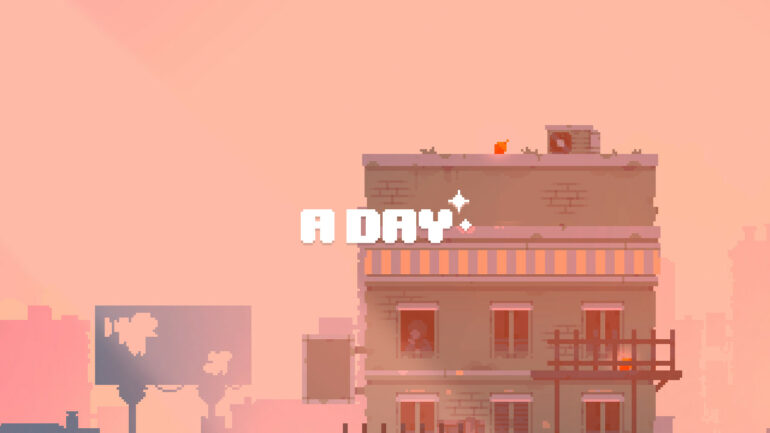 I love games that try something different. A while ago, I wrote an indie spotlight on Pocket Watch. It was a game that creatively used the time to create emergent gameplay. That game kept drawing me back because its simple-to-grasp yet complex game mechanics allowed its gameplay to be continually evolving. A Day is very similar in that regard. On the surface, it’s a simple game, but upon further inspection, it offers limitless possibilities and a meaningful way to spend a day.

“You can explore the gorgeous pixel-art city, interact with its residents or attempt to solve some puzzles.”

In A Day, you control eight different characters over the course of a day. You don’t have heaps of time during the day, as each run will last you only a couple of minutes. During that time you’re free to do whatever you please. There’s no way of an introduction, just some brief pop-ups on-screen that inform you of the controls, and the ability to choose between one of the eight characters. What you do next is very much up to you.

You can explore the gorgeous pixel-art city, interact with its residents or attempt to solve some puzzles. On your first character, you’ll likely just run about. You’ll interact with everything you see and might even get a clue or two on what you’re supposed to do. Ultimately though, the day will come to a close, and you’ll restart it as a new character. They’ll be able to interact with new things and perform different actions.

Each character has their own unique ability. For example, the fisherman can, well, fish, and the bird can pick things up. After playing as the second or third character, it becomes clear that their abilities have to be used in conjunction with one another. When the day restarted for the first time, I noticed the character I’d just played as running around performing the actions I had done as them. For example, using the bird to pick up a key from the top floor of a building will allow another character to use it and open a locked door elsewhere. Each time you complete an action, you get points. Cleverly mapping out each character’s day so that they work in conjunction with other characters’ actions will ultimately net you the most points.

“It was a real joy to explore the city, hearing the sounds of birds chirping in the distance, a sign creaking as I flew on by, a bell chiming as a shop door is opened.”

A Day has a ton for you to do, and a heap of different ways to do those things. It was fun trial and erroring events, playing as whichever character I felt like in the first few runs trying my best to figure out the city layout, where the secrets lay, and what their functions were. Watching as the other characters that I’d previously played as moved around the city was also a treat. It made it feel alive and made every action I did feel purposeful with real consequences. It’s really engaging, and the mechanic makes every run feel special.

The game is also very pleasant on the eyes. A Day features gorgeous pixel art for both the city and characters and features great animations. It was a real joy to explore the city, hearing the sounds of birds chirping in the distance, a sign creaking as I flew on by, a bell chiming as a shop door is opened. The lighting effects are the true stand-out here. They bring to life a lovely cityscape, throwing perfect blush-pinks and bright, beaming oranges across the cobbled streets, shining through the cracks in between high-rises and bijou homes. To accompany the delightful visuals, there’s a very relaxed and calming soundtrack that perfectly matches the atmosphere.

Honestly, there aren’t many cons. At times, the platforming can be a little tricky. Some platforms can be hard to distinguish, especially the ones that are buried behind the foreground décor. It can also be quite confusing upon your first playthrough to figure out what you’re supposed to do. While this is ultimately part of the fun, it can be disorientating initially. 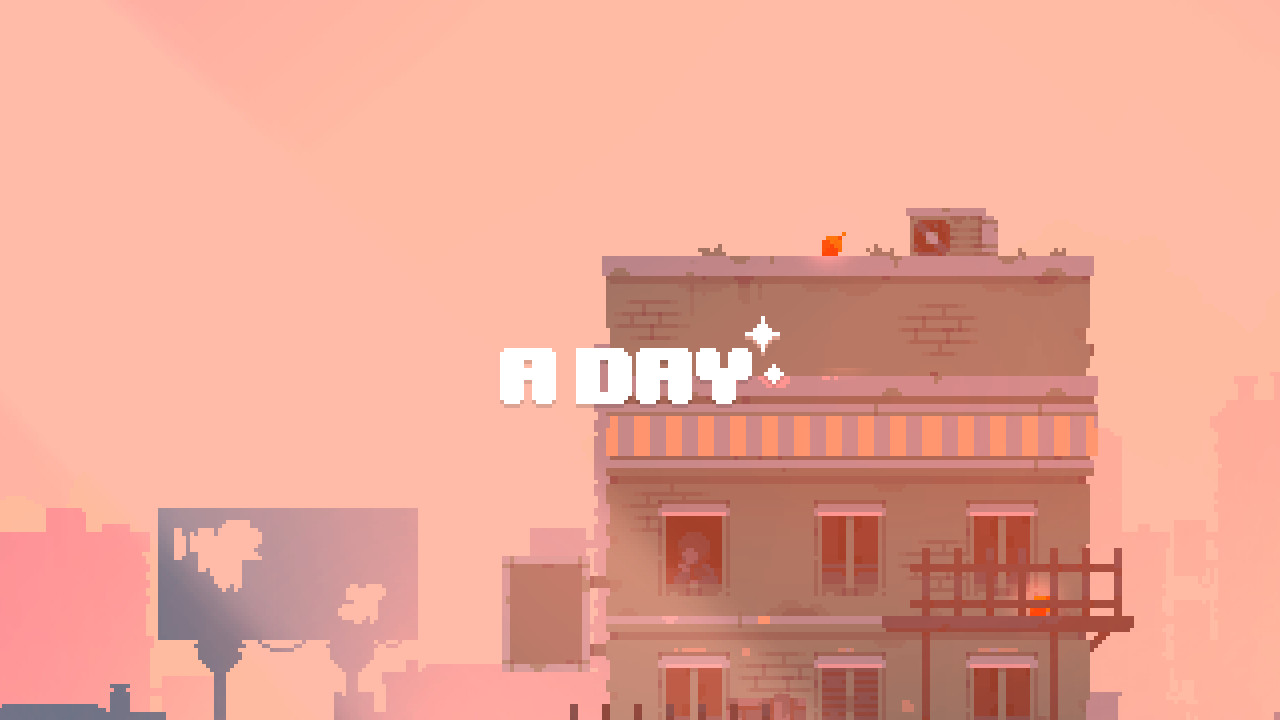 A Day Review
Summary
A Day is a warm, charming, and beautiful take on Groundhog Day. Its use of time to create emergent gameplay and fun puzzles makes for a genuinely enjoyable time. This is all complemented by stunning visuals and a fantastic soundscape. For its extremely low price, A Day is an absolute must-buy!
Pros
Beautiful Visuals
Incredible Soundtrack
Amazing Emergent Gameplay
Cons
Platforming Can Be Difficult
Initially Confusing
8
Great